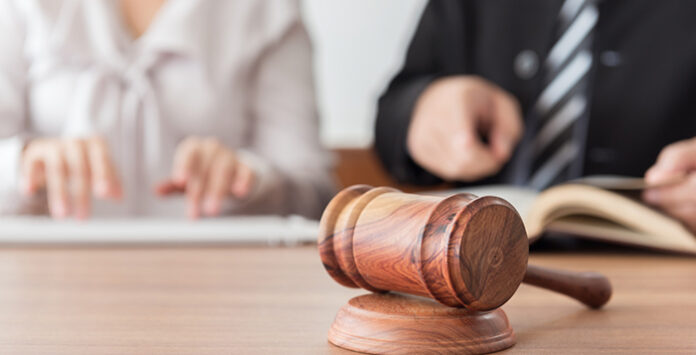 A representative from the Pinal County Juvenile Court said the number of juvenile referrals in the City of Maricopa increased more than 3 percent over the last two years.

Referrals in juvenile court are the equivalent to a “police report,” said Teresa Fuller, probation officer supervisor at Pinal County Juvenile Court. Additionally, a report by the Juvenile Justice Services Division of the Arizona Supreme Court said referrals can be made by “police, parents, school officials, probation officers,” and others.

However, over the past two years, the first two cities’ rate of referrals decreased, while Maricopa’s did the opposite.

Fuller said this prompted her department to look into a solution to prevent county youth from entering the juvenile justice system through an alternative diversion program.

The possible solution? Fuller said it could be implementing a new teen court program.

“(Four percent) doesn’t sound like a lot, but if the other areas where you’re getting the majority of referrals are decreasing, this might be a good target population,” Fuller said in regards to focusing on Maricopa to pilot the new program.

On Jan. 5, Fuller held a discussion about adopting a teen court at the Copper Sky Substation with community agencies including: high school and middle school principals, the Maricopa Police Department, Ak-Chin tribal members, representatives from the Department of Child Services and others.

Ricardo Alvarado, public information officer for MPD, said the police department has referred more teens for crimes in its jurisdiction, but said he did not consider it a “spike” in the number or percentage of juvenile referrals.

“We believe (the teen court) is a good concept, but we also want to get parents’ input to find out what they think before we go any further.”

Fuller said the data compiled by the department found there are two main offenses in Maricopa juvenile referrals, but declined to comment on which categories those crimes fall into.

According to the most recent statistical juvenile court report by the Arizona Supreme Court, the top three categories for juvenile referrals statewide between July 2014 and June 2015 were misdemeanor shoplifting, probation violation and simple assault.

Fuller said one major factor in successful teen court programs is the cooperation of community agencies, like local secondary and high schools.

Steve Chestnut, Maricopa Unified School District superintendent, said there has not been a rise in teen delinquency at the district.

“We have not seen an increase in student crime on school grounds or at school activities,” he said.

He maintained that school-based incidents at his school have stayed “fairly consistent,” but said he would nevertheless like to see a teen court within the community.

While principal at a school in Idaho, Abel said he cooperated with a teen court program for three years and saw behavioral improvement in the students who were referred there.

Fuller said research shows teens usually do better in teen court, adding, “We found that when youth participate in teen court, as opposed to traditional or diversion or first-time offender programs, they have a lot higher success rates in completing their consequences and not recidivating.”

And although there are many different models for teen courts, Fuller said they are often run by the kids themselves, filling roles as defense attorney, bailiff, jurors and even judge.

“It’s really impactful for that youth who is going through the process because they hold their peers thoughts about them, I think, at a higher regard than they do somebody from the court system.”

Lillian Downing, Dependency supervisor with Pinal County Juvenile Court, said teen courts aid in preventing teens from getting involved in more serious crime and drug use down the road, which has societal benefits.

“Ultimately the whole community benefits by assisting those youth to have better outcomes and to focus their energy on more positive things,” Downing said.

A decision has yet to be been made on whether to adopt a teen court in the city of Maricopa, but future meetings will be held to discuss resources available for the court, who will be in charge of it, and possible models for the program, Fuller said.

If a successful teen court is implemented in Maricopa, Fuller said her department will look into expanding the program into other cities within the county.