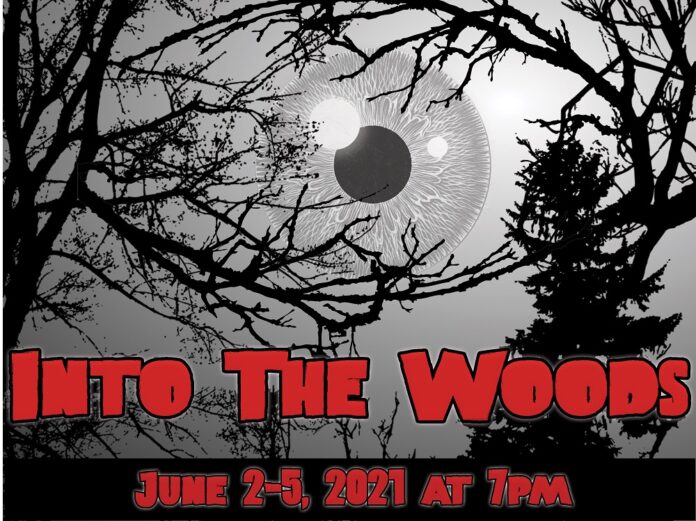 After a year-long intermission due to the COVID pandemic, Maricopa Community Theatre is back with its production of Stephen Sondheim’s “Into the Woods.” The production, which was due to round out the organization’s 10th anniversary season, is being brought to the stage June 2-5 at Leading Edge Academy Maricopa.

Artistic director Carrie Vargas said the closure has been difficult on the company.

“We essentially lost the end of our 10th anniversary season, and most of our 11th season,” she said. “While going on intermission was the best decision in order to keep our actors and audience safe, the closure has challenged us financially. We hope this production will be a good starting point to get us back on track to continue to bring awesome theatrical productions back to our community.”

“Into the Woods,” by James Lapine and Stephen Sondheim, take everyone’s favorite storybook characters and bring them together for a timeless, yet relevant, piece… and a rare modern classic. The Tony Award-winning book and score are both enchanting and touching.

The story follows a baker (Mario Bandin) and his wife (Brittany Randolph), who wish to have a child; Cinderella (Terese Sanchez), who wishes to attend the King’s Festival; and Jack (Jasper Hurley), who wishes his cow would give milk. When the Baker and his wife learn that they cannot have a child because of a Witch’s (Carrie Vargas) curse, the two set off on a journey to break the curse. Everyone’s wish is granted, but the consequences of their actions return to haunt them later with disastrous results.

MCT’s production has director David Vargas at the helm. He said the experience as director for the production was a different one.

“‘Into the Woods’ has always been a special show to me. It was one of my first introductions to musical theater, as well as the show we were doing where I met my wife. I’ve been in the show three times playing three different characters, but directing it has been an entirely different process,” he said.

“It has been interesting really dissecting the show as a whole, rather than focusing on the character I am playing. It makes for an interesting challenge that has been unique for me as someone that has performed it so many times.”

The show’s musical director, Christopher Goodrum, spoke of the complexities of singing the show.

“The challenge of Sondheim is mastering the complex simplicity of it all,” he said. “What is elementary to Sondheim, is a wonderful whirlwind of musical magic to us. This fantastic cast took on the challenge, working tirelessly to bring ‘Into the Woods’ to life.”

The company invites the community to come see “Into the Woods.” Performances will be held at 7 p.m. June 2-5 at Leading Edge Academy, 18700 N. Porter Road. Tickets are $15 and can be purchased at maricopacommunitytheatre.org or at the door. MCT fans can get a $5 discount when ordering tickets in advance by using the code MCTFAN. Discounted tickets must be purchased at least 24 hours in advance in order to use the code.