Members of the Maricopa Youth Council and the Youth Mock City Council were on hand Wednesday afternoon at the City of Maricopa’s Public Works facility, to see a vision come to fruition.

In fact, it was their vision.

Nearly four years ago, in May of 2018, as part of the Youth Mock City Council, Maricopa youngsters put together a proposal for a monument that would welcome visitors to the town.

During that initial meeting nearly four years ago, members of the Youth Mock City Council were grilled on the cost of the monument, how it would be lighted and many other facets of the project.

Deanna Lemorin, who’s currently the Maricopa Youth Council’s Chairperson, served as mayor on the Mock City Council in 2018 when the idea was presented. She was on hand Wednesday night to see the council’s idea take physical shape.

“There are a lot of emotions,” she said. “It’s special to see an idea that we put forth when I was, I believe, a sixth grader and to come back and see it now as a junior in high school.

“This experience was truly enriching to learn from and to take part in and to now, see the fruits of our labor,” Lemorin said. “To think that we were kids brainstorming and learning about our city council on Sunday afternoons.”

Councilmember Henry Wade served as a mentor to the youths participating in the Mock City Council and the Maricopa Youth Council.

“Council member Wade gave us an understanding of every role from the mayor to the city manager,” she said.

The monument will be installed Monday morning.

Mike Riggs, the director of Public Services for the City of Maricopa, said that the gigantic ‘M’ will be moved to its final place on State Road 347 early on Monday morning, likely around 2 a.m. in order to avoid complications with traffic. The installation, which will require welding, will be completed later that morning when there’s daylight.

The installation was originally to take place in the wee hours of Thursday morning, but that was delayed when the concrete for the support pillars, which extend 12 feet into the ground, was delayed by a week.

“We used a 4,000 PSI hard set concrete,” Riggs said. “It’s a heavier density concrete than we normally use but it’s a quicker set. By Monday morning, it will have been seven days. That’s the amount of time we need for a proper cure for the concrete.” 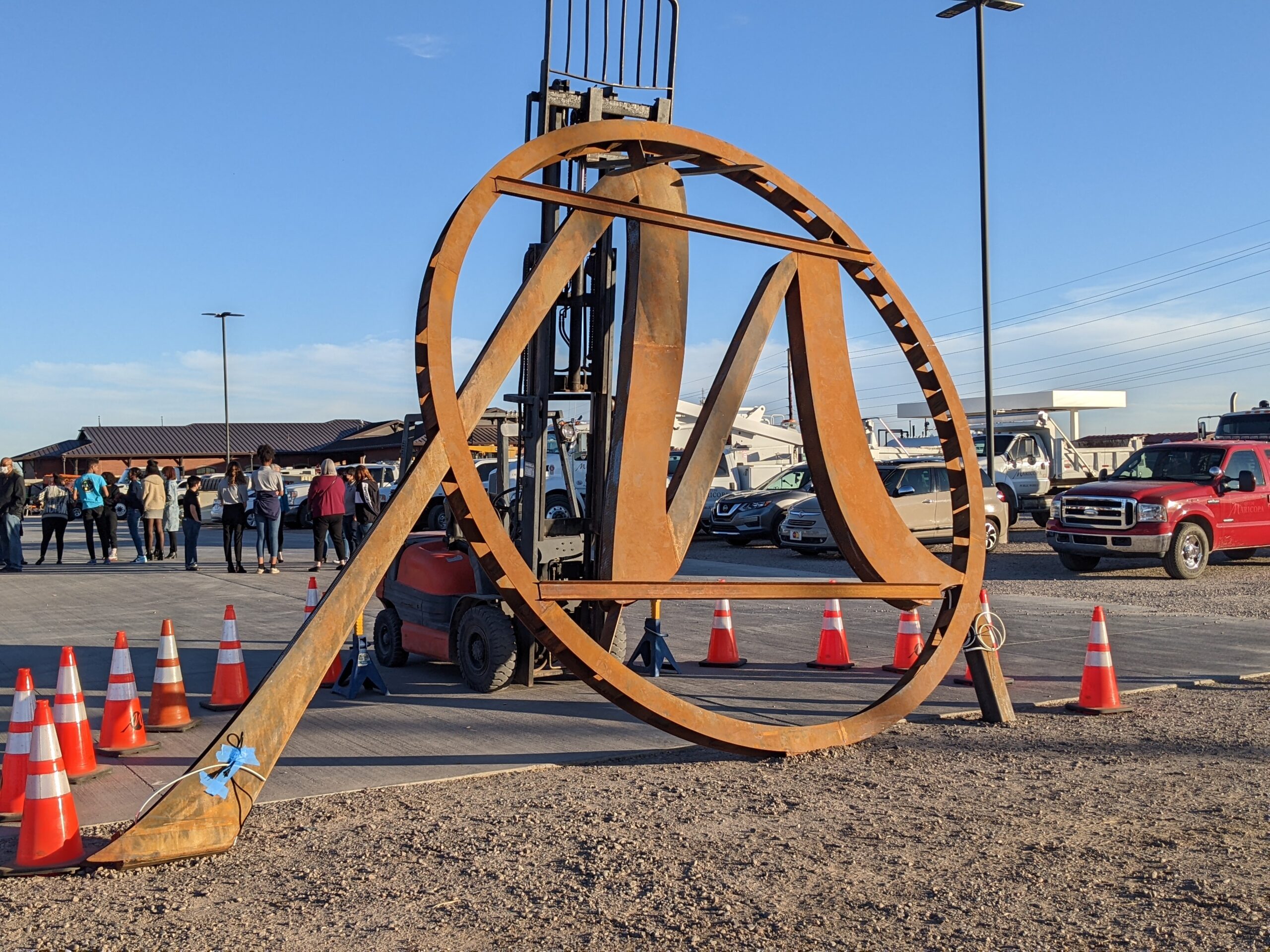 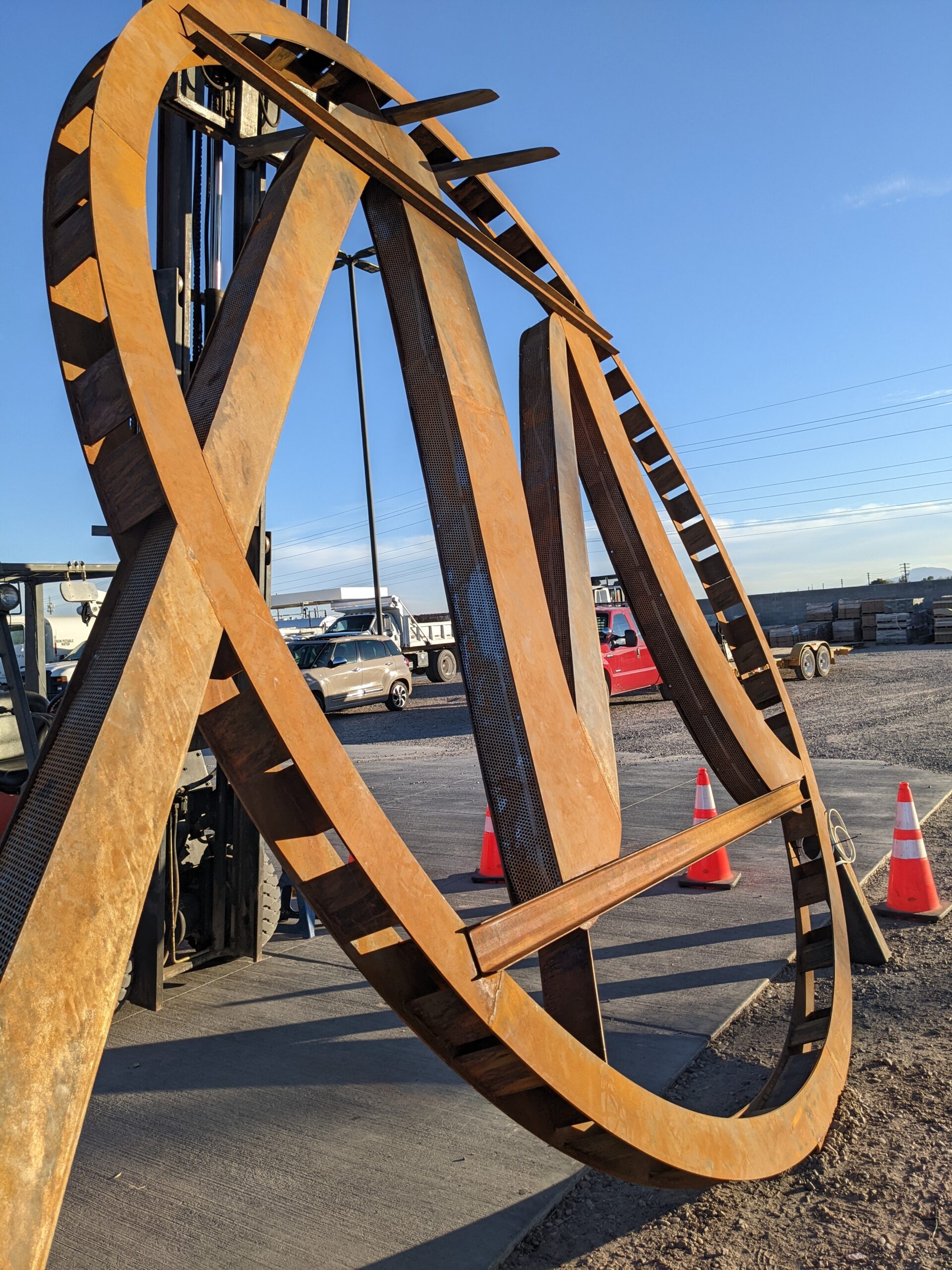