He won the event in 21.63 (a school record) Friday at the Southeast Valley Championship in Queen Creek. He also won the 100-meter dash at that meet in a school-record 10.71. That is the second-fastest time reported in the division.

Cowing was also a member of the 4×400-meter relay that finished second in 3:31.45. The relay team includes Spencer Gay, Logan Taylor and Amonte Williams.

Taylor, too, has continued to be a standout with remarkable consistency in his specialty events, the hurdles. His time of 14.51 in the 110-meter hurdles set March 8 in the Becky Matthews Open remains the second-fastest time in the division this year. It was also a school record. Friday, he finished third at Queen Creek in 14.73.

In the 300-meter hurdles, Taylor set another school record April 12 at the Hohokam Invitational, where he placed third in 39.09. He matched that time Friday while finishing second, and it is the second-fastest time recorded this season in Division II.

But there’s more. Taylor added the high jump late in the season. He leaped 6-2 at the Hohokam to finish fourth. That jump is among the top 10 in the division. He finished second on Friday with a jump of 6-0. After mulling college offers, Taylor said he has chosen to attend Brigham Young University to participate in both football and track.

Fellow senior Tylen Riley-Coleman hit a personal best in the shot put April 6 at the Greenway Invitational, where he put the shot 52-9 to win that event and improve on the school record. That is a top-10 distance this season in the division. Friday, he finished second with a throw of 52-2.

Coleman achieved a personal best in the discus at the beginning of the season, throwing 150-9.75 at the Aztec Invite March 2. That is seventh-best in the division all year and a school record. Friday, he finished third with a throw of 146-7. He also took a school record in the javelin back on March 2 with 158-11.

The Maricopa boys’ team finished fifth in the Southeast Valley Championship, the final tune-up for the state championships, which start May 1.

Maricopa’s 4×200-meter relay team has the sixth-fastest time this season in Division II after running 1:36.80 in the Hohokam. That team is comprised of Mister Chavis, Roberto Esqueda, Marcus Brown and Abel Rodriquez.

Also Friday at Queen Creek, the Maricopa girls’ team finished eighth in the Southeast Valley Championship. Junior Zanaa Ramirez won the 800-meter run in 2:29.63, a personal record. She was ninth in the 400 meters.

The 4×400 team of Kayla Boich, Shakira Gillespie, Ebony Griffin and Zanaa Ramirez was second in a division top-10 time of 4:12.48. The 4×100 relay team of Destinee Chavis, Boich, Griffin and Gillespie was fifth.

Boich finished second in the high jump at 4-10. Freshman Lauren Grist was sixth with 4-04. Gillespie, a sophomore, was fifth in the long jump with a personal-best 16-04. Junior Rylin Balgaard was eighth in the triple jump at 32-04.

The state meet will be May 1 and May 4 at Mesa Community College. Competition for Division II starts Wednesday at 11 a.m. with field events in the morning and running events in the afternoon. Saturday, all divisions will compete in their respective finals starting at 10:45 a.m. 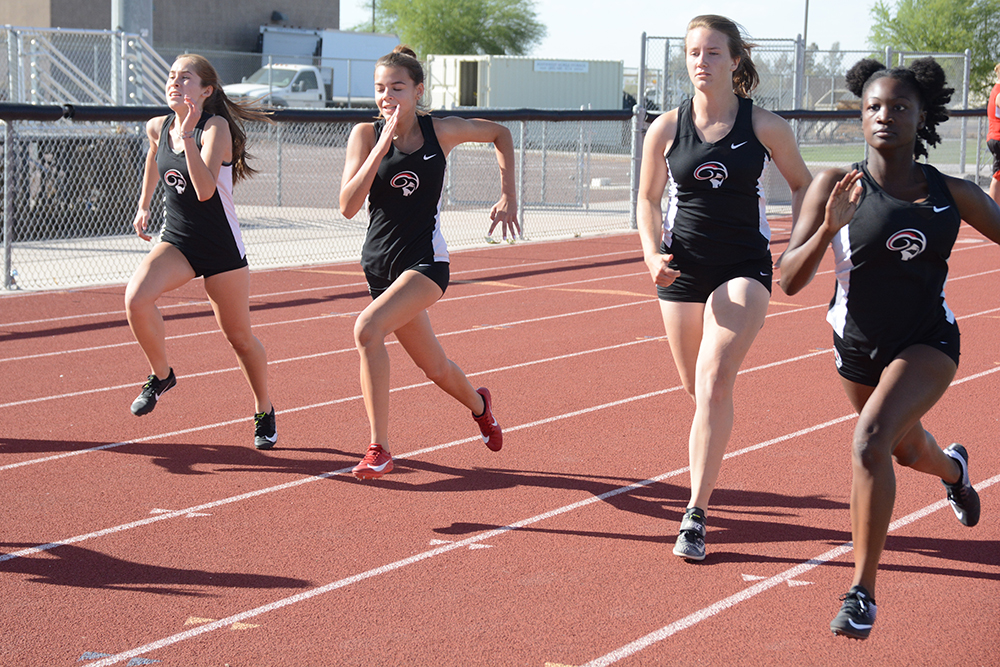 Letter from the Editor: It’s been a long, long time