Owners of the once-defunct Santa Rosa Crossings, G4 RRJK International LLLP, received re-approval for Phases I and II at the previously platted subdivision next to Desert Cedars on Bowlin Road. They also received a haul permit at 43853 W. Cypress Lane. The housing development had been partially built when it became a victim of the economic downturn a decade ago. G4 RRJK purchased it in 2012, and the existing structures were bulldozed in 2015.

Gehan Homes of Arizona, preparing to offer new construction in Homestead east of Continental Boulevard, is setting up shop at 40156 W. Crane Drive, where it has a permit for a flagpole. 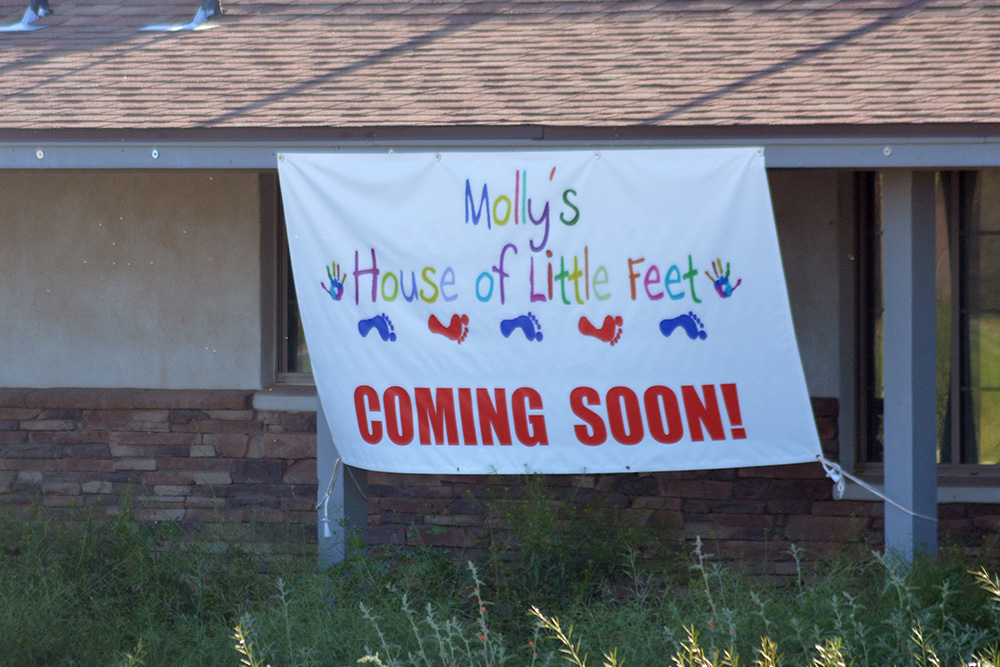 Molly’s House of Little Feet is setting up childcare at 16540 N. Porter Road in an existing building that has housed a few businesses over the years. Owner KDJJ Enterprises received a minor development review permit as well as a temporary sign permit for the property.

The re-established Walgreens building at 41840 W. Maricopa-Casa Grande Hwy. and its neighboring building, Pacific Dental, have installed fire sprinklers as a step closer to completion.

City of Maricopa received a commercial permit for construction of a new library south of City Hall at 18160 N. Maya Angelou Drive near the intersection of Bowlin Road and White and Parker Road. Ground was broken on the project March 14. The library is to be 27,000 square feet.

Diamond Communications received a permit to take out a wooden fence and install a wrought-iron fence at 45330 W. McDavid Road.

A Kingdom Hall of Jehovah’s Witnesses is to be built at 40675 W. Honeycutt Road. Currently, the closest congregations are in Casa Grande.

Electing not to travel due to coronavirus concerns, The Englewood Group opted out of ceremonial groundbreaking in March on Oasis at the Wells, 41535 N. Shea Way, and Horizon at the Wells, 41475 W. Shea Way, but the projects will go forward. Mountain Trace Development is building the city’s first multi-family housing at the site, which is just off Porter Road. The properties received “at risk” grading and drainage permits, meaning late in the permitting process. When complete, the project will include one-bedroom, two-bedroom and three-bedroom units on the property behind Walmart.