To say the overpass construction has been complicated for Maricopa citizens and businesses alike would be an understatement.

The overpass had been a distant dream in many Maricopans’ minds until the project finally broke ground in late 2017. Numerous local businesses have been affected by the construction, with high–traffic routes being cut off.

In the early stages of the project, Honeycutt Road was the first long-term road closure, significantly affecting customer traffic for the Maricopa Business Center until the overpass opened in July.

“There were some days that were so slow that I thought I made a mistake,” said Honeycutt Coffee owner Tanya Powers, who purchased the business during the road closures. “Now there has been a lot more foot traffic, and business has been a lot better.”

With the overpass open to traffic, old John Wayne Parkway’s intersecting roads have been torn up from Hathaway Avenue to Edwards Avenue to develop new routes eliminating vehicular crossing of the railroad tracks. Aside from the inconvenience for local businesses and customers, many owners are claiming they received no warning their businesses would be at a dead end.

“I think it could have been handled differently,” said Redemption Tattoo owner Nick Sanchez. “It took the whole curb appeal away from a business. I still don’t understand the cul-de-sac thing.”

ADOT spokesman Steve Elliott said the road plan was developed in collaboration with the railroad and approved by the Arizona Corporation Commission to improve safety. “A key part of the safety benefit comes from eliminating the at-grade crossing next to the overpass while maintaining access to businesses,” he said. 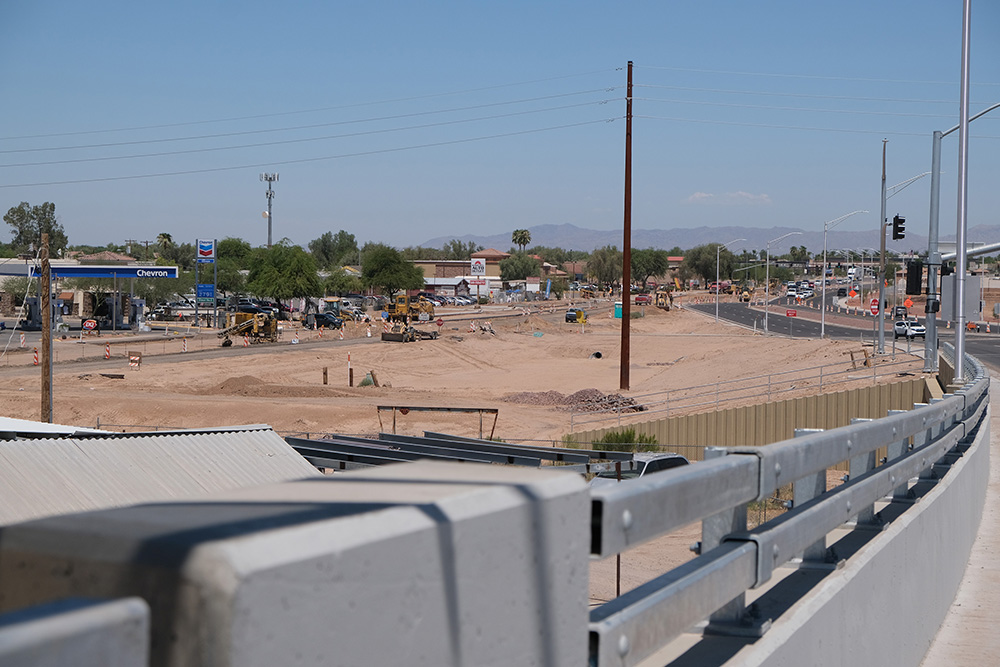 The plan is to re-open the old John Wayne Parkway north of the tracks (now called Maricopa Road) for a direct route under the overpass to Maricopa-Casa Grande Highway. South of the tracks, the road will be a cul-de-sac at Edwards Avenue in front of A-1 Pawn and the Blue Barn.

Mayor Christian Price has said State Route 347 is owned by ADOT and the matter is out of the city’s hands. Early 3D concept videos created by ADOT in 2017 visualize these routes and plans for SR 347, reinforcing the change wasn’t the city’s choice at that point.

“I think it’s a shame that the powers–that–be can actually command the city to do what I think is not in the best interest of the city,” Shoaf said. “I think it’s going to hurt small businesses in that area.” 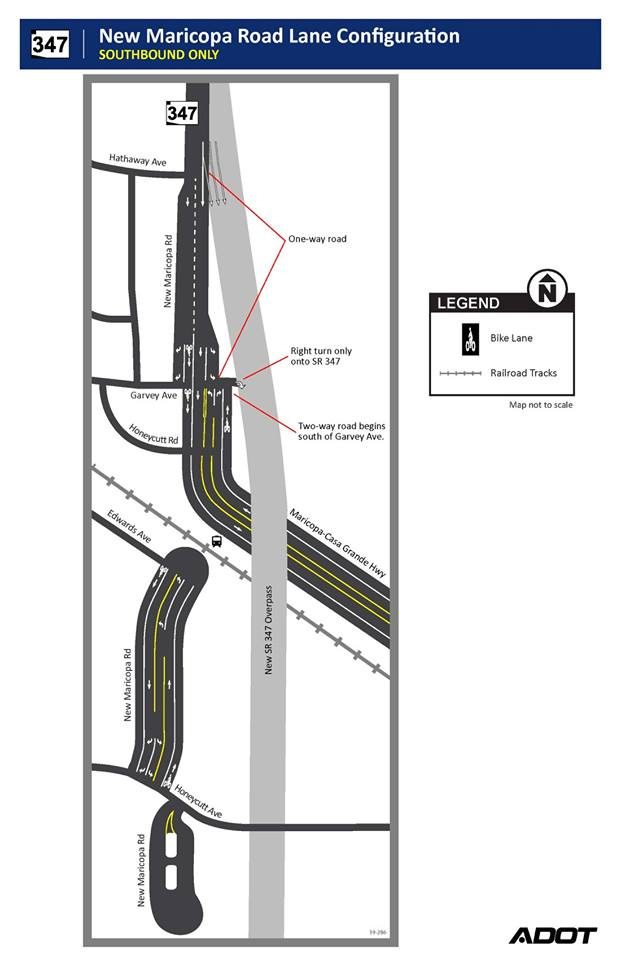