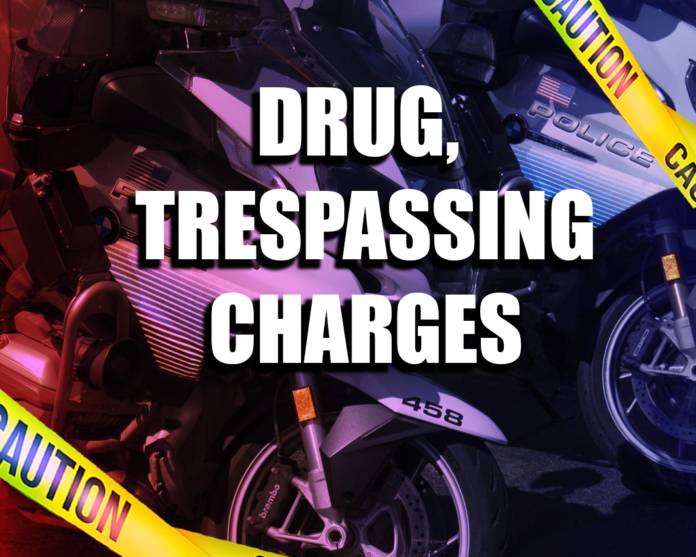 A man and woman were arrested Friday morning, following a welfare check and a request for a ride to another gas station, police said.

Angela M. Maldonado was arrested for her warrant of failure to appear, police say.

At 5:15 a.m., officers were dispatched to Circle K, located at 18141 North John Wayne Parkway, in reference to a welfare check, police say.

According to the probable cause statement, officers found a female passed out at the wheel of a parked vehicle, in the Circle K parking lot. Officers contacted the female, who identified herself as Maldonado.

A “wants and warrants” check was conducted on Maldonado, uncovering a ‘failure to appear’ warrant, police say.

Maldonado was arrested and transported to a hospital for medical clearance.

During an inventory search of Maldonado’s vehicle prior to towing, officers found a prescription bottle with Tysick’s name on it. Along with the bottle, officers found a metal pipe commonly used to ingest narcotics, and a small metal container, containing 29 blue pills stamped with ‘M30,’ police say.

The M30 pills were defined by police as commonly counterfeited fentanyl pills.

According to the probable cause statement, Tysick, approached officers at the Circle K after the vehicle was towed and requested a ride to another gas station. Officers asked Tysick to empty his pockets before getting in the patrol car. While Tysick emptied his pockets, he allegedly concealed what was later identified as drug paraphernalia.

Officers say that Tysick claimed he was left at Harrah’s Ak-Chin Casino, by his friend Angela, police stated, adding that when officers asked Tysick if his friend’s last name was Maldonado, he said yes.

Officers placed Tysick under arrest, who allegedly had aluminum foil with black tack marks in his hand that officers had to remove, police said.

Tysick allegedly denied having knowledge about the tube of M30 pills and told officers that the foil in his pocket did not belong to him, and that he had changed into his pants at Maldonado’s house.

Tysick also allegedly stated that he had taken one of Maldonado’s children to the Circle K located at 41515 Honeycutt Road to get snacks, the statement said.

According to the probable cause statement, it was later discovered that there was a complaint against Tysick for trespassing at the Circle K on Honeycutt.

Tysick added that he was in the passenger seat when Maldonado drove to the casino.

Both Maldonado and Tysick were later transported and booked into Pinal County Jail, police say.