A majority of voters in our weekly unscientific poll, 53.29% – said they thought the $739 billion “Inflation Reduction Act” that passed both houses of Congress last week with no Republican support and were signed into law by President Joe Biden will actually have the opposite effect. 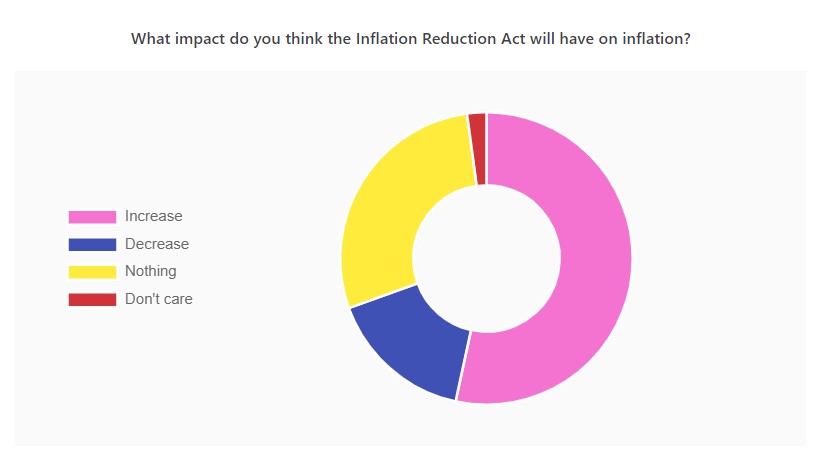 By comparison, the entire fiscal year 2023 budget for the State of Arizona is $61.9 billion. In other words, the Inflation Reduction Act will cost U.S. taxpayers about 12 times what it costs to run the nation’s 14th-largest state, with 7.3 million people for an entire year. This also comes at a time when inflation is at a 40-year high of about 9 percent.

If you would like to vote in this week’s polls it can be found here.