A political action committee for a school bond to fund a second high school in Maricopa Unified School District has a short time to educate voters.

Many of the PAC members, acting as private individuals, are also on the governing board or are employed by the district. In its first meeting Aug. 1, the PAC laid out a plan as the Nov. 5 election approaches. That includes creating social media accounts under the name “Yes for Maricopa Schools.”

The board is asking voters for a $68 million bond. With Maricopa High School more than 500 students over capacity, MUSD is seeking funds for an additional high school and for capital projects for aging buildings, like replacing heating/cooling units and roofs.

As the board debated the amount to ask in a bond, Superintendent Tracey Lopeman said a second high school alone will cost around $67-$75 million. The district received $26 million for construction plus funding for land from the state’s School Facilities Board. Under questioning from board member Patti Coutré, she said a $68 million high school would be a small but comprehensive school that might serve 2,600 students but without some of the programs of the current high school.

The PAC was created to campaign for the bond. “We are up. We are ready to accept checks,” said Paul Ulin of Primary Consultants, hired to manage the process.

“Outside of this room and about three other people, no one else knows there’s an election going on,” Ulin told the PAC. “It’s really after Labor Day that the campaign kicks off.”

Pro and con statements for the voter pamphlet had to be submitted in August. Ballots go out to military and overseas registered voters Sept. 21.

With a tight timeline to get the word out, Ulin explained what board members and employees are and are not allowed to do regarding letters of support and campaigning. 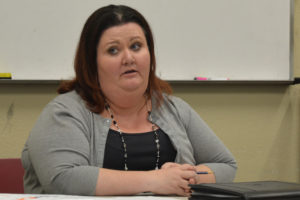 Jim Irving, volunteer coordinator at MUSD, said every election the district has covered the dos and don’ts of campaigning with PTOs and site councils. Mishell Terry, MUSD communications coordinator, said the same information had been given to all employees.

That included whether teachers can campaign for the bond election at community events or even school sports events like a football game.

“We’re not there in our official capacity; we’re there to watch a football game,” Maricopa High School Vice Principal Heidi Vratil said. 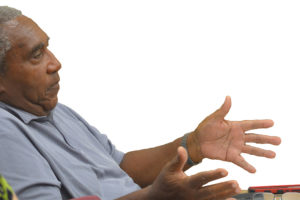 “At community events, and football games are great example, if you are a teacher and your school or another school are there, and you’re not there in the capacity of being a teacher, you’re there to watch the kids play, your kid play, and support the school; you are allowed to electioneer. And it should be outside that fence. In that case we don’t need to rent space,” Ulin said.

At events on school grounds not classified as “community events,” the PAC can get insurance and rent space to electioneer.

“What you can do is hand out information,” Irving said. “What we’ve always done, not using teachers, is just remind people of when the election is.” 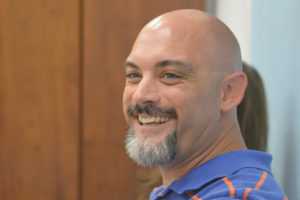 He said the challenge in an off-year election is getting people to come out and vote.

If this year’s bond passes but there is still not enough money for major capital expenditures like rooftops, HVAC and safety measures, the district may ask for a capital override or another bond. Board President AnnaMarie Knorr said she could see the day in the next five to six years when the district will need another middle school or another elementary school.

RESIDENTS SPEAK OUT ON FACEBOOK.COM/INMARICOPA 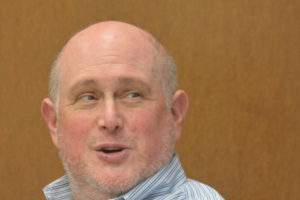 Dikta Reid The long overdue override was for staff and teachers. Bonds are for buildings, books and buses. Educating voters is the key, too many uninformed citizens go to the polls!

Gary Miller An overcrowded HS will indeed effect learning. If having strong schools and an overall strong district can have a positive effect on home prices, then I’m for the bond. My mind is on my money and money is on my mind after paying 378k for a home that dropped 70% in value. To be a destination city, we must have strong schools that are sustainable over time, are innovative and will improve the learning process.

Merry Grace What happens if there is no approval for a new high school? This district serves the majority of our student population including Ak Chin, special ed, ELL, homeless, gifted, etc. Neighborhoods are growing with still more new homes being built which means more students. You cannot grow your community without growing your schools.

Kassie Walsh Something needs to be decided, and quickly. The school is overcrowded and it’s only getting worse as more and more houses go up. And with the prospect of an apartment complex, a solution is needed sooner rather than later. It’s not safe to crowd that many people into a small school and argue over a $10 million difference. Besides, I’m sure a school closer to the other side of town might alleviate the bus problem that occurs every single school year

Joshua Babb I have been in budget committee meetings and all they want to do is to find ways to spend more not how to spend smarter. This is one voter who is going to vote no to any bond this time around. They also are not taking into account the additional charter schools coming into the area for the high school kids that will take stress off the high school. Additionally, the state has given MUSD land and 20 something million to start the project. Before I consider any additional money I want a detailed outline of dollar by dollar where they intend on spending it.

Duane Vick I’ve advocated against overrides in the past because they didn’t yield any concrete data as to their purpose. I supported the last one because it was very specific about how the funds will be used. We need a second high school. Overcrowding leads to kids getting less education. The back row moves even further back. A second high school will move them toward the front of the class instead.

Dan J. Borman Come on Maricopa. For once don’t vote yourself another tax increase. 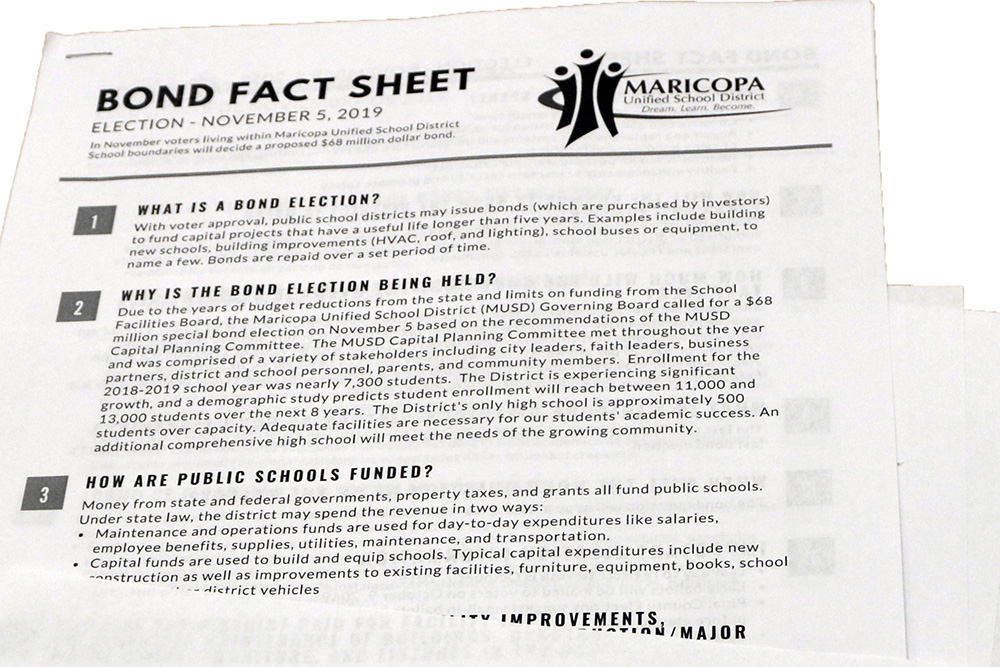