When the folks at City Hall talk about Heritage District redevelopment, they are not just talking about changing street names.

The ideas for the area between Honeycutt Road to the north and the Amtrak station to the south are very big, even revolutionary for an area known for long-standing family homes. Lately, it has been the site of City cleanups and demolitions. The City would like to see an “old town Maricopa” concept arise in a community that has never had a distinct downtown.

Tuesday, the city council approved changing the names of the streets in the neighborhood, with one late change-of-a-change in the mix. After the 911-address paperwork is updated, Pershing Street will be Main Street, Burkett Avenue will be Stagecoach Lane, Maricopa Avenue will be Heritage Lane and a section of Maricopa-Casa Grande Highway between Plainview Street and the curve to Maricopa Road will be called Mercado Street.

Rodolfo Lopez, deputy director of the Economic and Community Development Department, said the purpose is to “somewhat rebrand” the Maricopa Townsite subdivision to “create a sense of place.”

A neighborhood open house was held in November followed by a meeting of the Heritage District Committee in December to work out the new street names.

The plan had been to change slightly Arizona Avenue, a road between Plainview and Burkett, to Arizona Lane. However, Councilwoman Julia Gusse wanted one of the roads to reflect the “predominantly Latino” heritage of the area. Because naming streets after some local families might cause conflict within the neighborhood, she suggested instead changing the name of Arizona Avenue to Cesar Chavez Lane for the revered, Arizona-born labor leader.

City Manager Rick Horst affirmed he discussed the issue with Gusse earlier and took it back to city staff, which agreed with the change. The council also agreed.

The new street names come atop a redevelopment vision that would turn the area into a pedestrian-friendly marketplace, hence the street name of Mercado. Lopez said that was also homage to a former mercantile store that existed until 2007.

This month, during a strategic planning session, the council looked at ideas for a “Maricopa Station” that could include revamping the Amtrak station and adding areas for retail, restaurants and parking as well as an event plaza for gatherings and concerts. The idea is to have the new Main Street feed directly into a plaza south of the new Mercado Street.

(Maricopa has an existing commercial area known as Maricopa Station northeast of the John Wayne Parkway/Smith-Enke intersection that includes eateries from Freddy’s to Chipotle.)

A Horst caveat in the strategic plan was that the City’s role in the Heritage District redevelopment should be as a facilitator, not a driver. So, lining up commercial developers to buy into the vision is a priority.

As creative place-making, the redevelopment of the Heritage District is part of the city manager’s Wildly Imaginative Goals (WIGs).

A similar “economic development enhancement project” is a vision to revitalize the old section of Maricopa just south of the railroad tracks and along the shoulders of the overpass. The plan, called South Bridge, includes retail and green space. 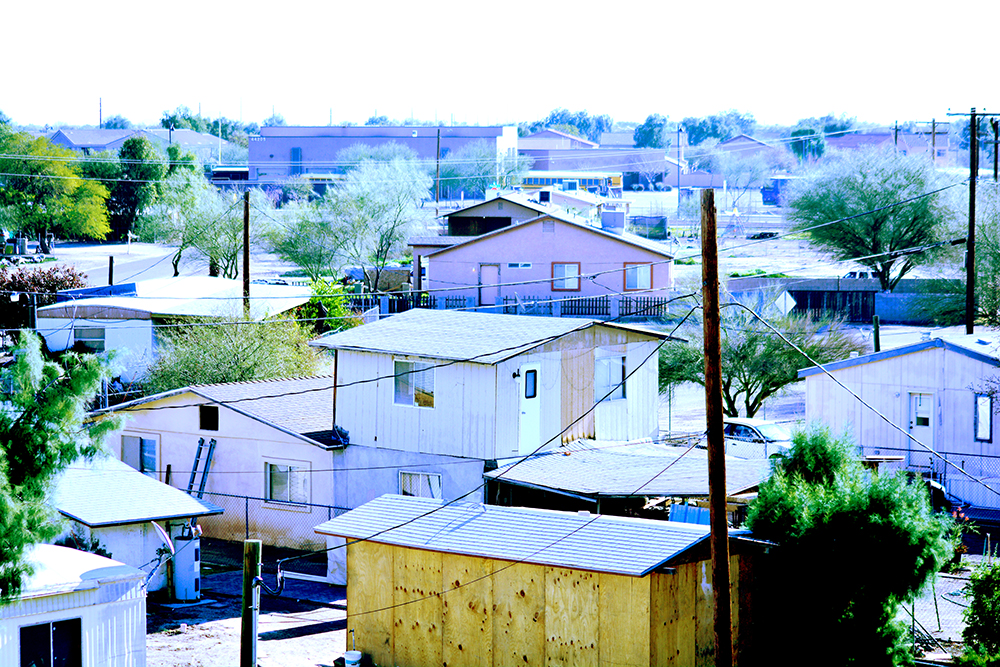 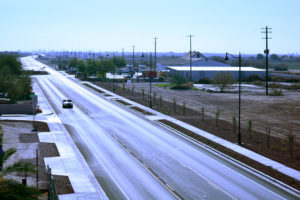 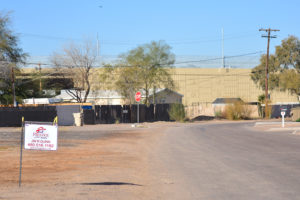