An open house to look at a State Route 347 scoping study is planned at City Hall before Maricopa City Council talks about the issue in its regular meeting.[quote_box_right]IF YOU GO
What: SR 347 Scoping Study Open House
When: Oct. 1, 5-7 p.m.
Where: Maricopa City Hall, 39700 Civic Center Plaza[/quote_box_right]

The study corridor runs from Peters and Nall Road north to Interstate 10. The study is being conducted by Maricopa Association of Governments. The road involves Maricopa and Pinal counties, the City of Maricopa, Gila River Indian Community and Ak-Chin Indian Community. At the top of the list of goals for the improvement strategies is “optimize travel time.”

The open house is scheduled from 5-7 p.m. Afterward, during the council meeting that starts at 7 p.m., there will be a MAG presentation on the current status of the study.

According to a PowerPoint to be presented, the study will evaluate improvement alternatives and look at improvement strategies.

Potential improvements are listed as:

Improvements to SR 347 are part of Pinal County’s Regional Transportation Authority. Voters approved the RTA transportation plan (Prop 416) and a funding mechanism (Prop 417) in 2017, but a lawsuit brought by the Goldwater Institute over taxes involved in Prop 417 continues in the courts. 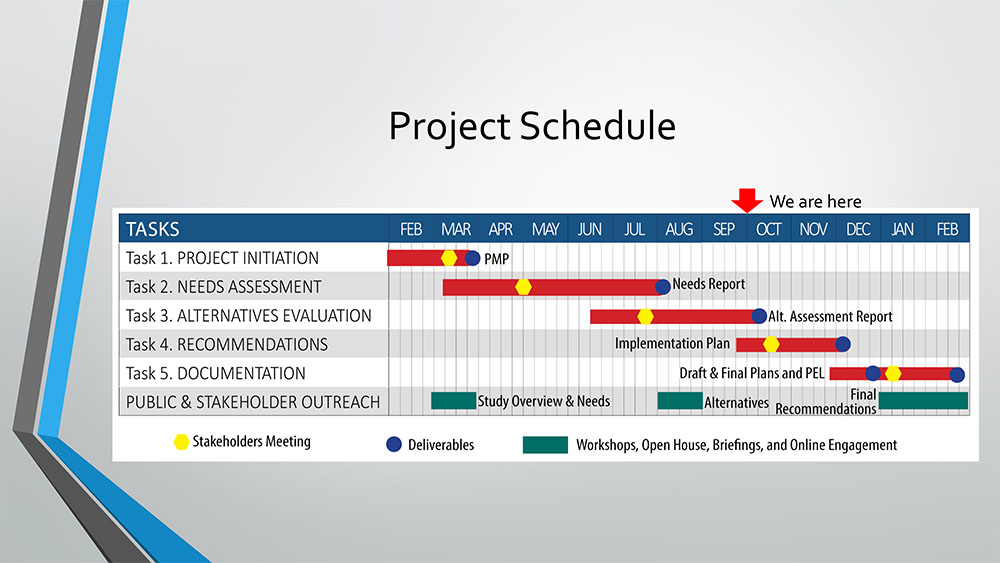