For the past few years, InMaricopa, the Maricopa Monitor and the Chamber of Commerce sponsored candidate forums together. 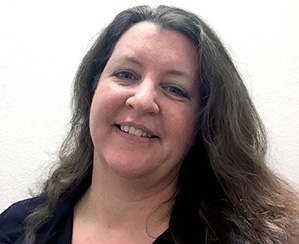 This year, we opted to break away from a confining partnership and present our own debates, as is the prerogative of any media outlet. We came to this conclusion for a variety of reasons, which the Monitor’s uninformed response forces us to outline publicly.

Past candidate forums were too comfortable and too politically safe for the candidates, and seemed purposely designed that way. We want a Town Hall format that would be more enlightening for voters with more latitude to challenge the candidates about their positions. We want to markedly reduce the role of the moderator and let citizens get the answers to questions they want to ask. We want a format that would allow candidates to more fully engage with each other on the issues.

What we don’t want is for the Town Hall to be a showpiece for the media, including us. All media are welcome to cover, but voters are the focus.

The Chamber of Commerce was invited to be a presenting sponsor. However, the Monitor chose to interpret InMaricopa’s move to separate itself as “stealing” the debates, virtually eloping with the Chamber.

The Monitor posted an attack on InMaricopa filled with unsupported conspiracy theories stated as fact. The commentary, for some reason written by a reporter rather than an editor, is evidence of the lack of leadership apparent at the Monitor for some time.

The decision-making process in story coverage, leaning to sensationalization and pandering to base curiosity, is not something we wish to identify ourselves with further. Stories about the investigations into a child-molestation case and a murder case, just recently, were needlessly detailed for gross-out impact with the effect of exploiting victims very shortly after tragic events.

Monitor staff and contractors have made it a habit to use social media to cast shade on InMaricopa when their own ethics are questioned by their own readers. It has been a ridiculous deflection formed by bad judgment and has irrevocably damaged what could be friendly competition. Another reason we wish to disassociate ourselves.

Vincent Manfredi is a minority owner in InMaricopa. He is also a member of the city council. He is also running for re-election. Whatever the personal politics of its owners, InMaricopa has never picked political sides and has never endorsed any candidate for office. Our aim is to let all sides speak when they are willing to talk, and let the voters decide.

Much of the Monitor’s attack on InMaricopa had little to do with the debates but personal grudgingness over media competition and hypothetical access. Neither the Chamber nor InMaricopa has approached the debates to “make a buck,” a silly accusation over an event that financially profits no one.

InMaricopa established itself as a hyper-local news source, concentrating its objective coverage on all things Maricopa and issues that impact Maricopa. That is how we are approaching and presenting this Town Hall.

Raquel Hendrickson is the editor of InMaricopa.

Opinion: USCMA a win for our economy, workers, environment