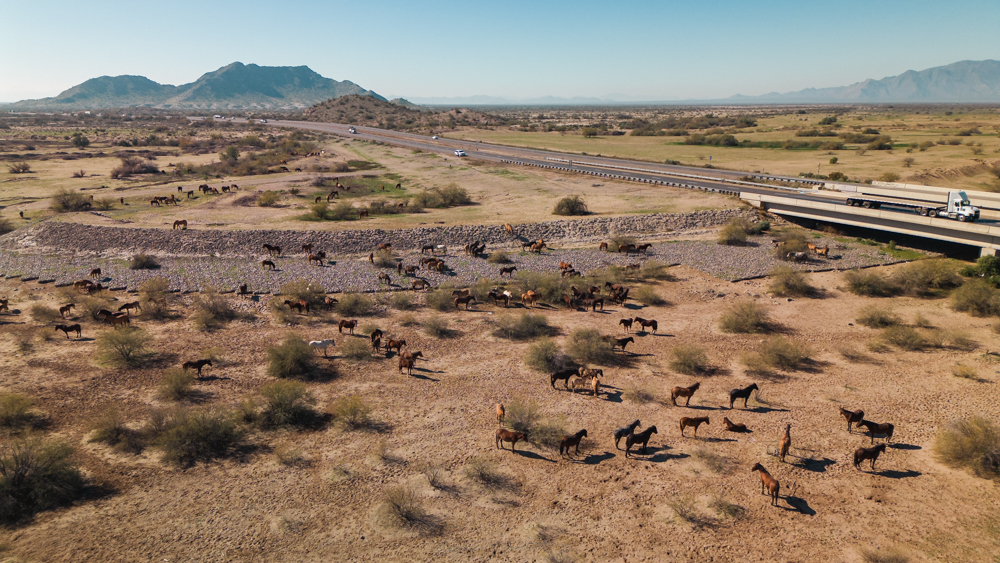 A herd of wild horses running in the chilly Wednesday-morning weather caused commuters on State Route 347 to stop or slow to take a look near the Gila River Bridge.

More than 100 horses were seen at about noon under the bridge. Drivers stopped along the shoulder to take photos and videos before the herd left them in the dust.

The bridge, just south of the entrance to the Gila River Sand and Gravel plant, is a hotspot for the herd. They can be seen there often as they travel under the bridge to cross State Route 347.

However, the horses are wild and roam the surrounding desert landscape. They can be seen near Riggs Road, Casa Blanca and even in front of Pima Butte, also known as “M” mountain.

In 2010, there were an estimated 600 to 1,000 horses roaming the Gila River Reservation, mostly in packs of five or fewer. However, three larger packs of more than 25 each often roam the area.

View a video of the horses below: