A taste of the reality of poverty was on the menu at the inaugural Hunger Banquet at Central Arizona College on Friday.

Those who attended were placed randomly into income levels for the evening – low income, middle income and high income.

The meal they received corresponded with their level of income, Student Services Director Megan Purvis said. Those in low income received rice and water and ate in their chairs rather than at a table. Those in the middle income had rice and beans and ate cafeteria-style at long tables. Those in high income were at fine dining table with centerpieces and table cloths and a full meal of pasta, meatballs, bread and more.

Purvis said it was an opportunity to experience the hunger that is every-day life for a high percentage of Pinal County children. At the end of the evening, everyone received a complete dinner.

Keynote speaker Mayor Christian Price shared the story of a Maricopan and his surprising journey from successful business owner to out-of-work family man benefiting from F.O.R. Maricopa while struggling to pay medical bills.

“’It’s my belief that our family has only stayed together because of the love and support of our community and by the efforts made by F.O.R. Maricopa,’” the mayor quoted from the man’s autobiographical testimony while keeping him anonymous.

Families grappling with economic hardship are seldom obvious in Maricopa like the stereotype of homeless people, he said. There are families living with other families or living in their vehicles. F.O.R. Maricopa, on the other hand, knows them. Not just with meals but with goods and supplies, the food bank serves 300-400 families a year.

“Kindness and generally being kind for the right reasons is critical to the mindful and fulfilling understanding in our role as human beings,” Price said.

Price told the guests that often people are of the mindset that life isn’t fair and people going through a tough time just need to deal with it. But that attitude, he said, often comes from the comfort of a home where basic needs are being met.

“I would submit to you that true understanding, true mindfulness, the proverbial walking a mile in someone else’s shoes all starts with a little perspective and sometimes stepping back so we can grasp the bigger picture.”

The evening’s special guests also included a physician and a dentist to emphasize the impact poverty can have on health and general wellbeing.

The evening was organized by the campus Student Government Association. 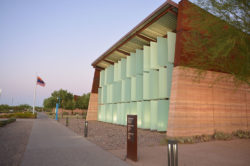 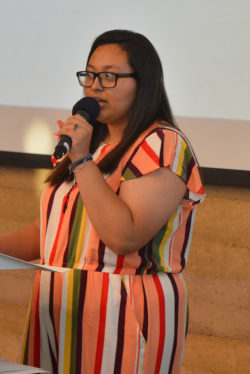 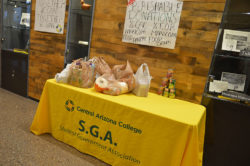 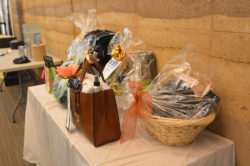 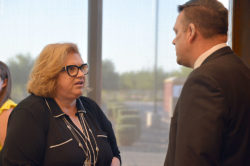 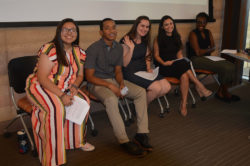 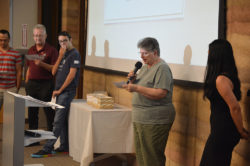 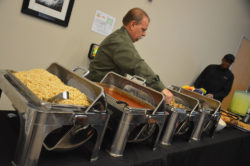 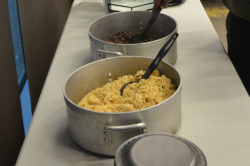 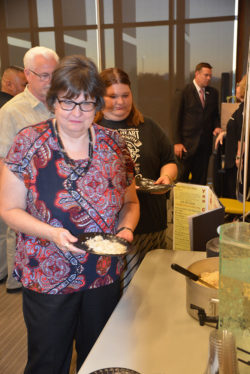 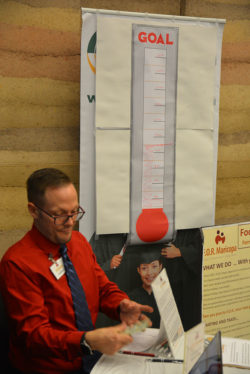 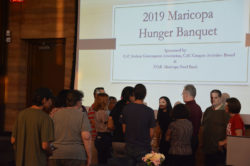 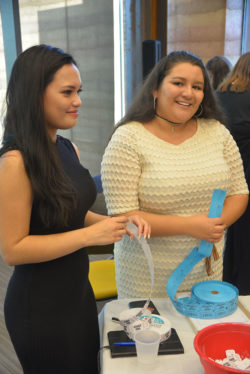 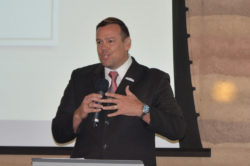 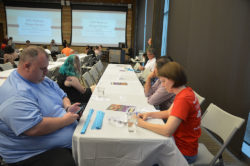 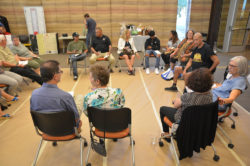 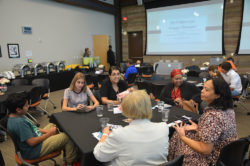