Pinal County was the difference between a total rout by Democrats seeking the highest federal and state offices and down-to-the-wire results in just about all of those races in the November General Election. The traditionally Republican county followed its historical voting pattern, albeit futilely in several races.

The measure carried by a landslide among voters within the city (63%-37%), but that was not enough to offset opposition throughout the remainder of the county, including populous Casa Grande and Apache Junction.

How Maricopa voted on Proposition 469 (by precinct) 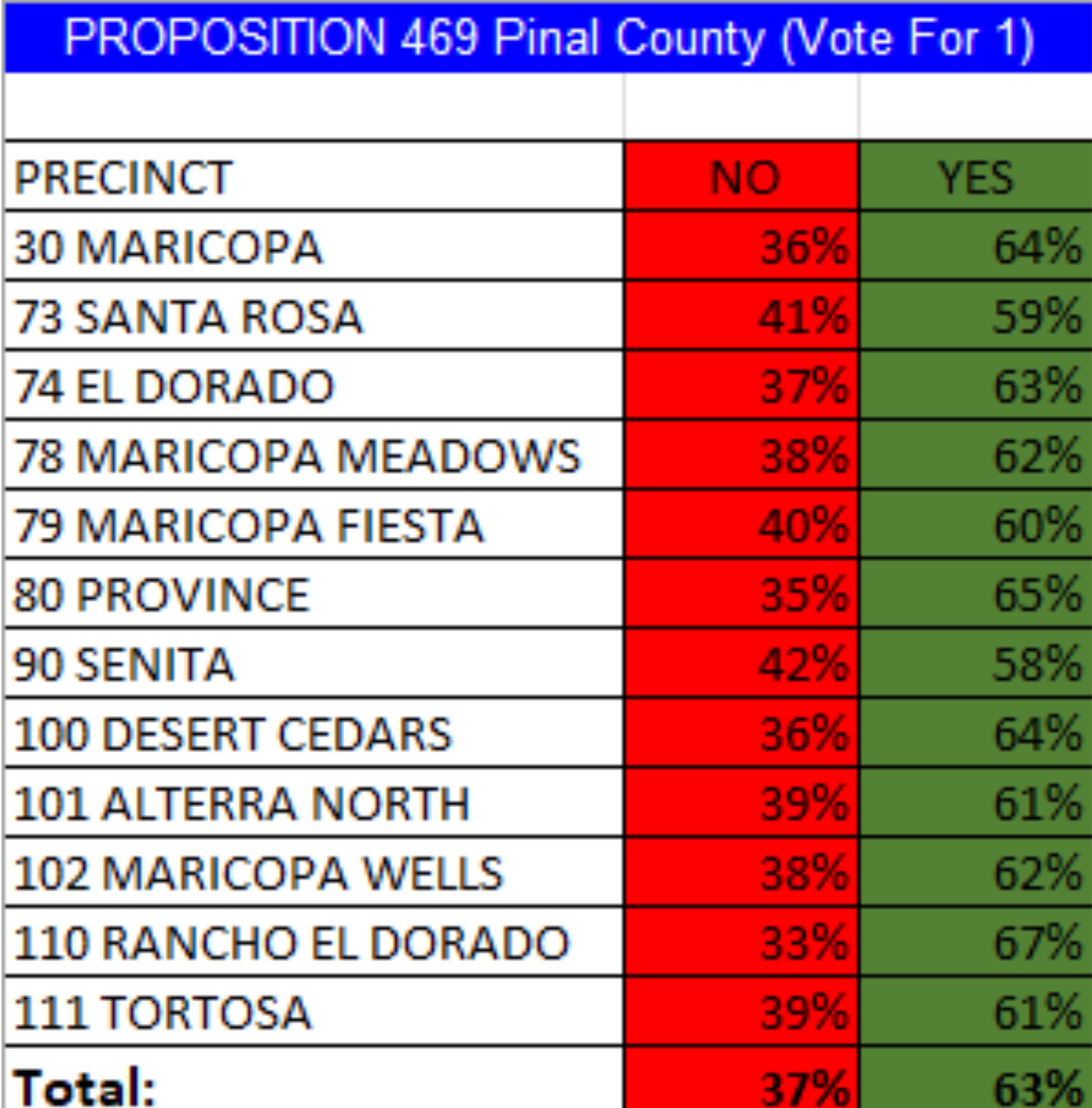 How Pinal County voted on Prop. 469 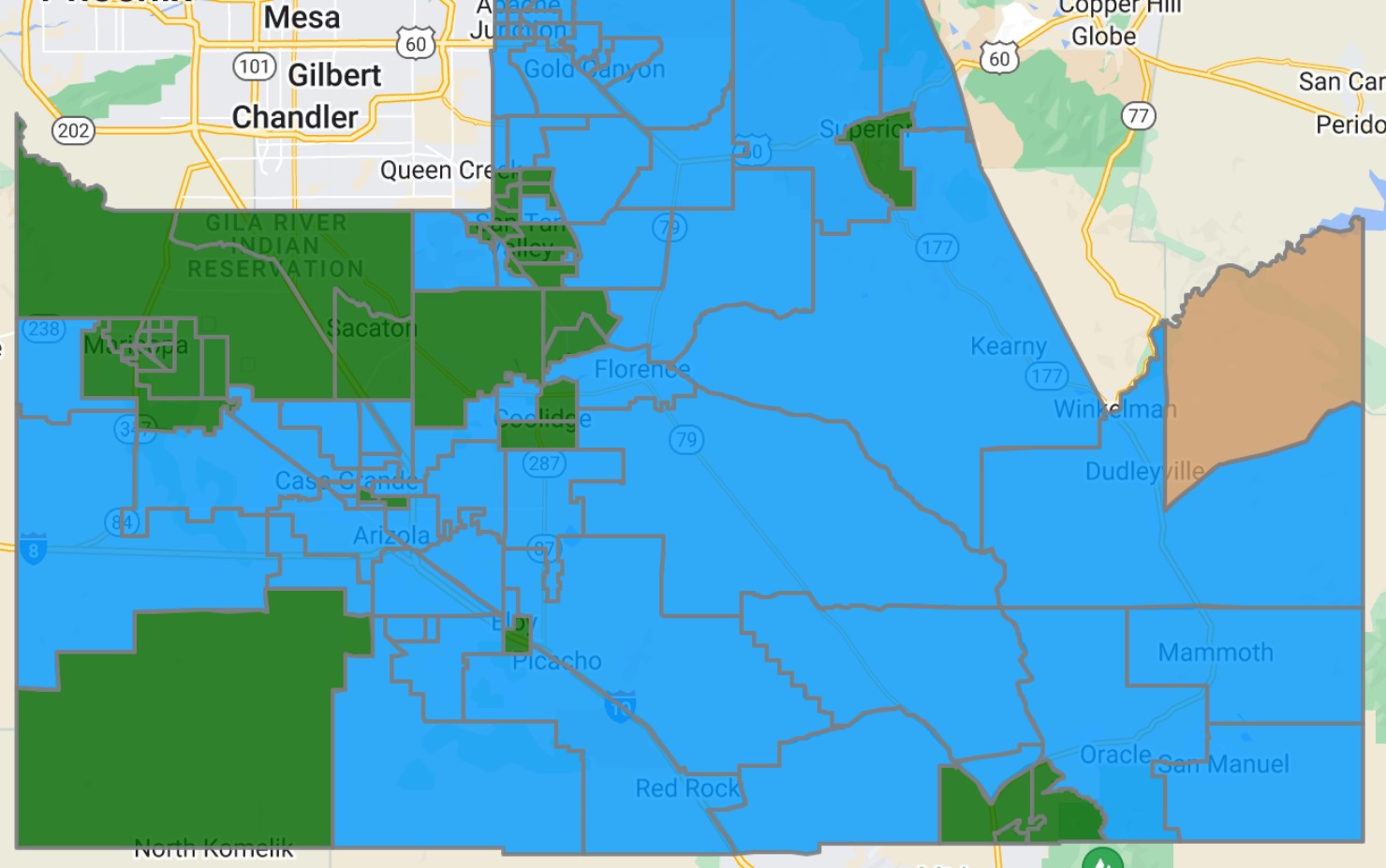 With all county ballots now counted, Pinal went big for Kari Lake for governor (58.1%) over Katie Hobbs, Mark Finchem for secretary of state (55.9%) over Adrian Fontes, and Blake Masters for U.S. Senate (54.5%) over Mark Kelly. Lake, Finchem and Masters all lost statewide in races kept close by those Pinal County results.

How Pinal County voted for governor

How Pinal County voted for secretary of state

Pinal contributed to political newcomer Eli Crane (55.2% in the county vote) ousting three-term incumbent Congressman Tom O’Halleran, who was set up to fail when the massive district was reconfigured to cover strongly Republican areas in Pinal and Yavapai counties and the White Mountains.

The county put Tom Horne (58.1%) over the top in a tight race for superintendent of public instruction against incumbent Kathy Hoffman, and it kept the race close for attorney general, where Democrat Kris Mayes clings to a small edge over Abe Hamadeh (58.3% in Pinal) with a recount coming.

How Pinal County voted for Arizona superintendent of public instruction

In Arizona Legislative District 16, Pinal County’s overwhelming support sent TJ Shope (58.5 percent over Taylor Kerby) back to the Arizona Senate and Teresa Martinez (37.8%) back to the state House. Pinal went for Rob Hudelson (32.1%) over Keith Seaman (29.9%) for the second seat, however Seaman was elected in a tight race on the support of voters outside of Pinal County.