SATISFACTORY [Violations corrected during inspections]
None

This item appears in the January issue of InMaricopa.

Pinal County food inspectors looked at 31 Maricopa establishments, including several schools, from July 18 through Aug. 18 and gave all but one a clean bill of health.

Cilantro’s received a “Satisfactory” mark after the discovery of a walk-in cooler not keeping food at the required maximum 41 degrees. Menudo that was found at 60 degrees was discarded.

This item appears in the September issue of InMaricopa.

All but one of 27 establishments inspected by Pinal County Environmental Health from Jan. 16-Feb. 15 received excellent marks.

The inspector had a review with the person in charge at Li’s Garden after finding violations in the handling of raw chicken at the restaurant. According to the observations in the report, raw chicken breasts were being processed with bowls of chicken sitting on top of bags of rice, chicken juices and chicken pieces were leaking on the floor where staff was walking through, chicken was stored on a metal counter next to a towel dispenser that had chicken juices on it, chicken wings were in a sink where raw vegetables were being process, and chicken juices were dripping onto raw chicken in bowls sitting on top of plastic containers of uncooked rice. Staff was also told to clean out food debris inside and outside refrigeration equipment. Based on immediate action by the restaurant, it was given a rating of “satisfactory.”

Two of 16 restaurants inspected by the Pinal County Health Department between April 16 and May 15 were cited for cold-holding infractions.

The inspector observed at Aliberto’s Mexican Food a walk-in refrigerator holding food between 43 and 46 degrees F. Safety requires food in refrigerators to be held at 41 degrees F or lower. Repairs were made to the refrigerator during inspection.

Cilantro’s Mexican Cocina also had a faulty refrigerator. The inspector recorded an ambient temperature of 54 degrees F. Some items were moved temporarily to an ice bath while the restaurant awaited a replacement refrigerator.

Of the 15 Maricopa-area eateries inspected by Pinal County health department Oct. 16-Nov. 15, all but received top grades of “excellent.” Subway received a technical tick as the inspector had to provide hand-washing stickers and a fecal/vomit cleanup policy.

Unacceptable [Gross, unsanitary conditions necessitating the discontinuation of service]
None 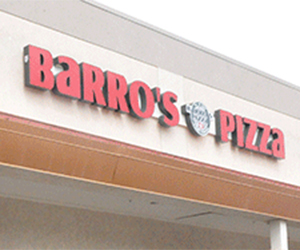 This item appears in the May issue of InMaricopa.

Leading Edge Academy was nicked when chicken sandwiches delivered by a catering company from Scottsdale were colder than the 135-degree hot-holding mandate. After being measured at temperatures between 122 and 132 F, five trays of sandwiches were discarded, and pizza was ordered for the remaining students.

The New HQ had four corrective actions requested by the inspector. An employee was asked to set up correctly a three-compartment sink. A “mold like” substance was viewed inside the bar ice machine. Scoops were observed inside dry rice, salt and ice machines. The bar and kitchen did not have sanitizer test strips.

Unacceptable [Gross, unsanitary conditions necessitating the discontinuation of operation]
None

This item appears in the April issue of InMaricopa.

All but one of the Maricopa eateries examined by inspectors from the Pinal County Health Department between Aug. 15 and Sept. 15 received scores of excellent.

Li’s Garden, newly opened to replace Great Wall Chinese Restaurant, was marked down to “S” for satisfactory for having cooked and raw foods uncovered in the refrigerators and freezer, improper cold holding temperature, unmarked foods in a refrigerator, lack of written procedures for items using time as a control and a prep table that was not working.

Unacceptable [Gross, unsanitary conditions necessitating the discontinuation of operations]
None

This article appears in the October issue of InMaricopa.

Five Maricopa eateries had to fix issues in the latest round of health inspections by the Pinal County Health Department. However, the city’s three big supermarkets passed with flying colors and were among 19 receiving excellent scores.

The five marked “satisfactory” all had trouble with properly cooling food. Cilantro’s was nicked for not having proper hot and cold holding temperatures, employees drinking from cups with no lids, undated food in the refrigerator and improper storage of utensils. Great Wall’s infractions were not having food protection manager certification, uncovered food in the refrigerator and freezer, a refrigerator without proper cold-holding temperature, unlabeled food, food items stored in grocery bags and food debris in refrigerator prep table pans and doors. Plaza Bonita also had a prep table with improper cold-holding temperature and a bathroom trash can without a lid. Tacos ‘n’ More was cited for improper cooling time and temperature. The New HQ received ticks for having no food handler cards or food manager cards available, improper cooling temperatures and having bowls and ladles mixed in with uncooked dry goods.

This article appeared in the September issue of InMaricopa.

KFC was given an N rating for “needs improvement.” According the report, the inspector saw no hand soap available in the hand-washing sink, watched an employee touch cooked chicken with a bare hand, saw food debris on the prep line, floor and walls with encrusted food and debris, walk-in refrigerator and freezer with trash and food debris on the floors, a mop sink with dirty water unable to drain, no lid on a trash can in the restroom, clutter and unused equipment in outdoor storage facility including broken toilet plunger and broom head, no trash can at the drive-in window hand-washing sink, food debris on food racks and pans and an employee wearing an apron covered in food debris with no replacement available. It was the beginning of tough times for the eatery. Two days after the inspection was filed, a kitchen fire briefly closed the restaurant.

Say Sushi was cited for lack of date marking on food items in refrigerators and received an S for satisfactory. Sunrise Café was marked down for a refrigerator with a temperature of 52 degrees, well above the accepted standard of 41 degrees, having raw potatoes at 52 degrees (discarded) and for not having test strips for sanitizing solutions. In a re-inspection, True Grit Tavern corrected previous citations but still had a prep table top above 41 degrees and was told to replace it. Sonic was requested to use a thermometer when cooking hamburger.

This item appears in the August issue of InMaricopa.

The Pinal County Department of Environmental Health made several inspections of Maricopa food establishments between May 16 and June 15 and found two out of 26 to be short of “excellent” in food safety.

Both Good Donuts and True Grit Tavern made corrections during inspections to receive “satisfactory” marks. Good Donuts was marked down for having items in the hand-washing sink, leaving a frosting mix uncovered, having milk and half-and-half without date markings, unlabeled water spray bottle and bulk bins, and empty boxes and milk crates used as shelving. True Grit received ticks for having a prep table and walk-in refrigerator with food temperatures above 41 degrees.

This item appeared in the July issue of InMaricopa.

One of the S scores went to Plaza Bonita, which was marked down for its cold-holding temperatures, date marking, lack of paper towels at a hand-washing sink and lack of food manager and food handler cards. The other went to Maricopa Elementary School, which had to correct a food-separation issue to prevent cross-contamination and supply written procedures.

Six out of 10 establishments inspected by the Pinal County Health Department received ratings of Excellent (“E”) in October.

Two eateries were found Satisfactory (“S”), correcting violations during inspection. Barro’s Pizza was told to clean the walk-in refrigerator and pizza oven, provide a metal stem food thermometer and cover an employee’s drink in the kitchen. Honeycutt Coffee had to bring a refrigerator down to 41 degrees.

Two establishments were marked as Needs Improvement (“N”). Good Donuts was told to provide a food temperature measuring device and provide chlorine test papers to measure the sanitizer. Helen’s Kitchen was told to use food-contact gloves, not latex gloves, replace a light shield and place a required consumer advisory for raw/undercooked food on its menu.

Unacceptable
[Gross, unsanitary conditions necessitating the discontinuation of operations]
None