When Alex Beckley was killed in a single-vehicle crash on State Route 347 on May 31, he left behind a hole in the hearts of those who loved him.

Brenda Severs, also injured in the incident, was left to pull together the pieces. Uncertain what to do with the home they shared in the Lakes subdivision, she also saw a problem that added to her burden.

Alex had left behind a large hole in the backyard.

Severs said they had been planning to put in a pond as Alex settled into his new job at Compass Airlines, where he worked as a storage and material clerk under Bryan Moore. The freshly minted commander of American Legion Post 133, Moore rallied his fellow veterans and area businesses to lend a hand and get the yard back in shape.

Moore put the word out to the American Legion and posted on the Maricopa Veterans Facebook page seeking volunteers, and more than a dozen veterans along with Compass employees and Rent-A-Vet showed up Saturday morning to shovel and rake.

Maricopa Veterans is a closed group on Facebook that was founded in 2018 with the intent of helping others, and it has grown to about 340 members. 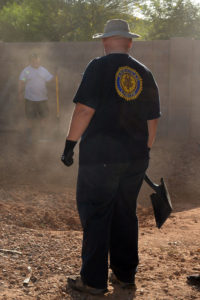 The group’s motto is Semper Simul (Always Family). It is veterans helping veterans and the community at large. The group’s description states, “We are committed to continuing the spirit of service that was engrained in us from our time in the service.” Members must affirm they are veterans by answering membership questions before they are allowed into the group.

“When we have a veteran that’s in need, we jump in,” Moore said. “And that extends to their family.”

Severs said she had been with Beckley six years, since they worked together at a JC Penney home store. Losing him has left her in a quandary over whether to stay or move.

“We’re still debating. We don’t know,” she said. “It’s hard because my two daughters, one is in Florida and one is in Vegas. So, then my work is in Ahwatukee, and driving back and forth, I’m a little bit skeptical about driving so far.”

With so much in her life up in the air, she’s found a rock of support among the veterans.

“Alex is no longer with us,” Moore said, “so now we’re going to try to take care of his family. That’s what we’re doing.” 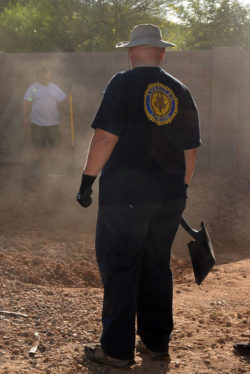 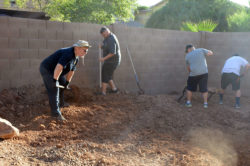 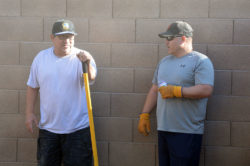 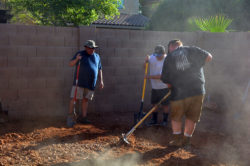 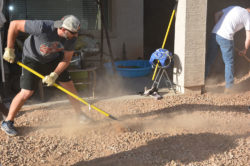 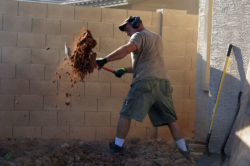 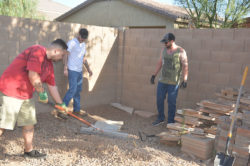 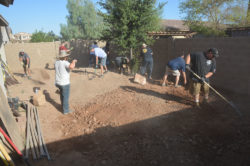 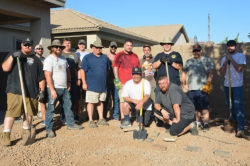