A rollover accident in the southbound lanes of John Wayne Parkway north of Smith-Enke Road stopped traffic next to Cobblestone Farms at the beginning of rush hour.

The incident involved two vehicles at the intersection of JWP and Cobblestone Drive. An Acura collided with a Nissan Armada, and the Acura rolled up on its side.

First responders checked out both drivers at the scene. The driver of the Acura was cuffed by Maricopa Police Department on suspicion of driving under the influence of alcohol or drugs.

According to MPD, the Acura swerved to avoid another vehicle and clipped the Armada, which suffered tire and back end damage. 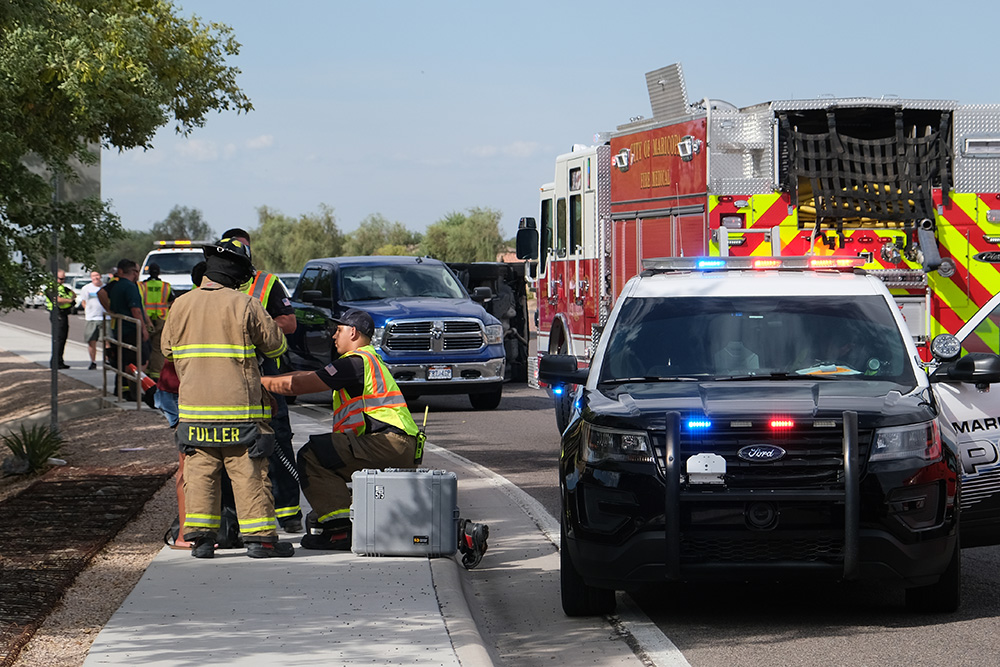 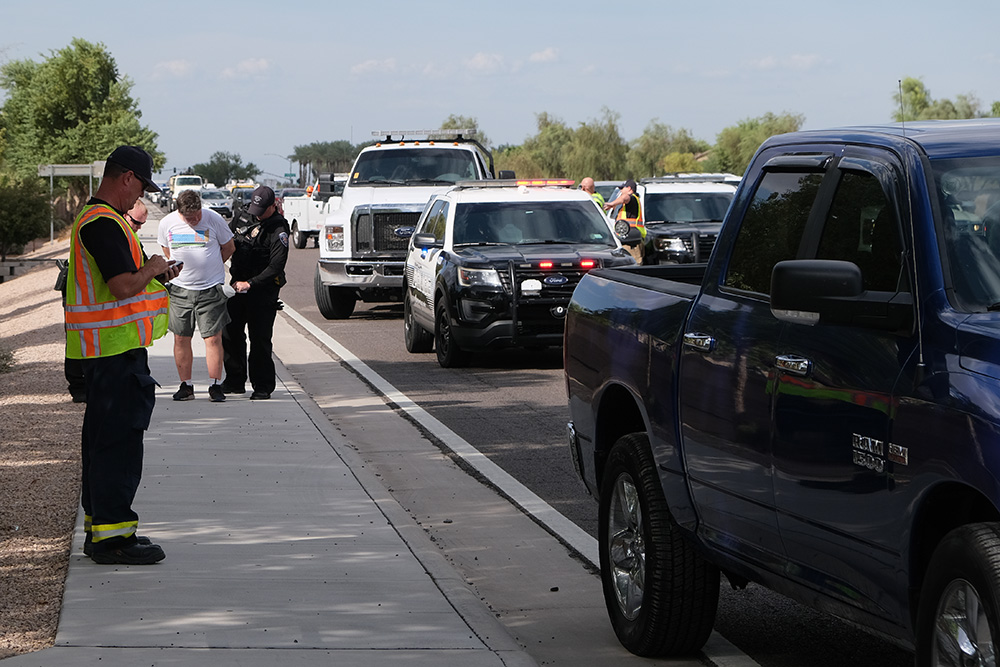 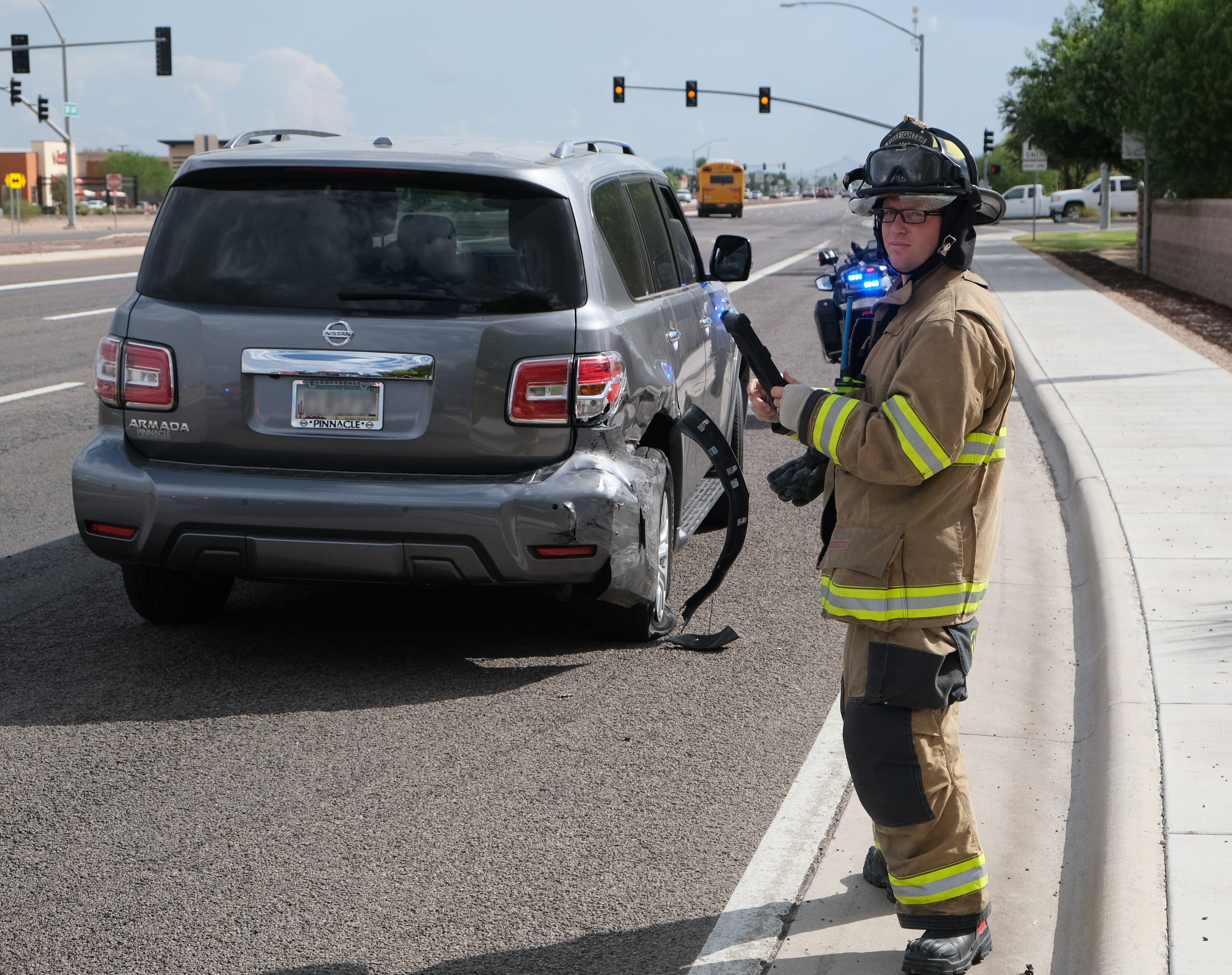 Woman accused of trespassing after changing lock on mom’s home