The construction of senior housing, a first for Maricopa, comes before the city council next week in the form of development agreements for Copper Sky.

A housing complex of 146 units for senior citizens is planned at the corner of Martin Luther King Jr. Boulevard and Greythorn Drive in the park’s commercial district. The agreement is on both a special meeting agenda for a closed session and then the open-meeting agenda that starts at 7 p.m. Tuesday.

The agreements are about more than senior housing, though there is likewise a plan for 28 senior casitas. More than 600 other apartments are part of the preliminary site plan.

These are in addition to the apartment complex already in development off Porter Road.

“We are going to get apartments in Maricopa. I’ve been saying that for two years,” Councilmember Henry Wade said. “Get used to that fact.” None of the planned housing is subsidized.

La Quinta, located just north of the dog park, is the only site currently under development at Copper Sky. It is scheduled to open in November. 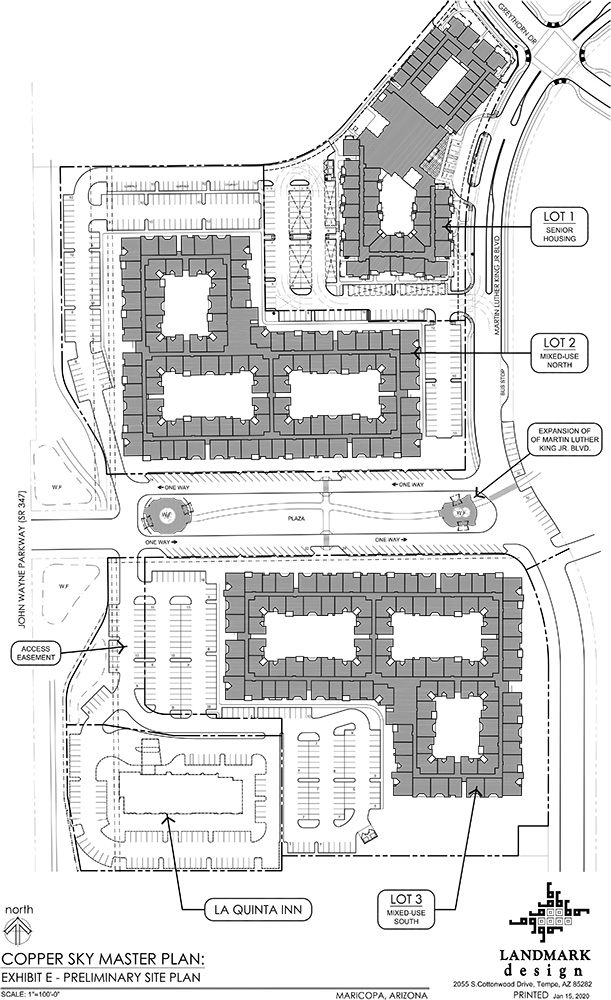 Copper Sky Commercial Senior Housing LLC is agreeing to build 146 senior apartments defined as “independent living units, assisted living units and memory care units” in the agreement. That agreement also includes the stipulation the complex will be complete within 18 months of the property purchase. The price is $699,140.

Shea Connelly Development LLC is purchasing Bowlin Plaza ($762,300) with the agreement to build an independent-living complex for seniors. The plan is to have 28 casitas with a clubhouse and pool on the property on the southeast corner of John Wayne Parkway and Bowlin Road.

The incentives to develop the property commercially could result in the buyers being reimbursed much of the purchase price. Copper Sky Senior Housing, for instance, is buying the lot for just under $700,000, according to the agreement. By the time the City pays the $42,000 in commissions and $10,000 in closing costs is deducted, the price is just $647,000. When 25% of the project is complete, the City will reimburse the company 25% of the purchase price. When 50% is completed, another 25% is reimbursed, and so on.

Also on the agenda is a plan for renaming streets in the Heritage Redevelopment District between Honeycutt Road and Maricopa-Casa Grande Highway. The process was initiated by the City, and the Heritage District Advisory Committee was part of the process. 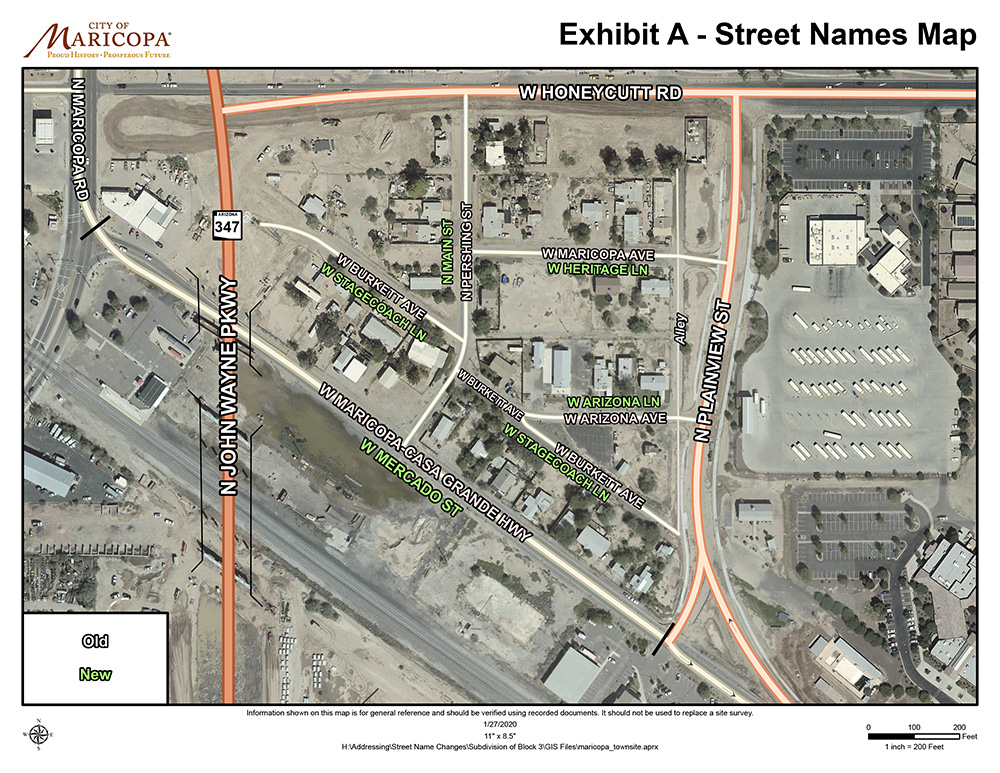 Maricopa Avenue, which also runs between Plainview and Pershing, would be renamed Heritage Lane.

Arizona Avenue, currently between Plainview and Burkett, would be renamed Arizona Lane.

Pershing Street, which runs between MCG Highway and Honeycutt Road, would be renamed North Main Street.

The section of MCG Highway between Plainview to the curve west of the overpass would become West Mercado Street.

Tuesday’s agenda includes a hearing for public comments before the council votes on the street-renaming resolution.

Lap pool at Copper Sky to reopen Saturday with restrictions