Construction crews are making quick progress on the Bowlin Road crossing of the Santa Cruz Wash.

Pipes were laid and backfilled Tuesday, allowing heavy equipment to pass over. Flood waters often make the area impassable, and this is the first time the City of Maricopa has invested heavily in improving the road.

“We’re super-excited to get this done,” said Mike Riggs, director of the Public Services Department.

The crossing is part of a larger effort to improve Bowlin between White and Parker Road and Anthony Boulevard in Rancho Mirage Estates. Riggs said the goal is to complete the project by Sept. 22, if the weather is cooperative.

The crossing will make it legal to cross the wash, which has been posted with No Trespassing signs, despite being frequently used by cyclists and off-roaders. Riggs said he thinks the new access will help traffic in that area of town, where many commuters use Honeycutt Road.

In fact, Riggs said the design of Bowlin Road in that stretch will be similar to the paved, two-lane version of Honeycutt Road that runs parallel. Honeycutt crosses the same wash farther to the north on a bridge that was built by Pinal County before incorporation.

An important factor in the decision to invest in improving Bowlin and construct the crossing was public safety. The easternmost station of Maricopa Fire Department is on Bowlin east of the wash. For most emergency vehicles, the deep wash forces long detours. 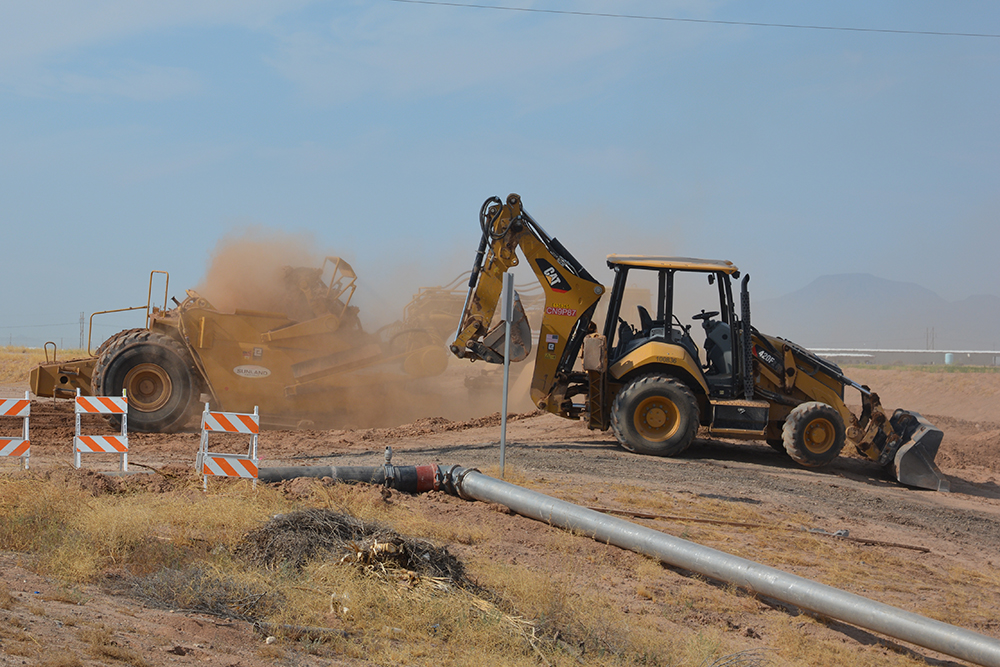