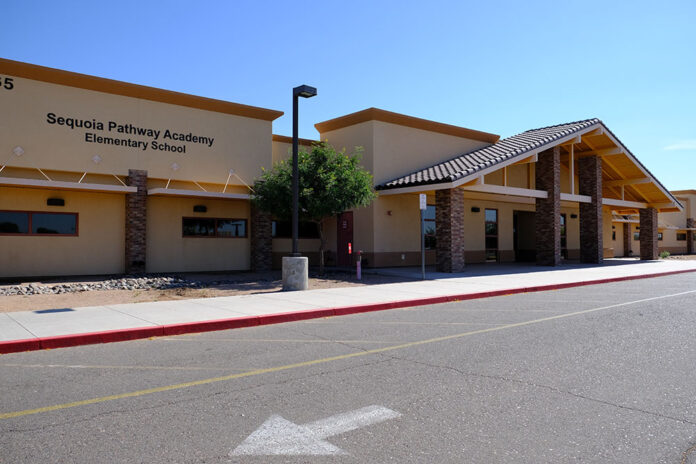 Update: A truck reportedly taken from a high school student at gunpoint has been located but totaled, and the suspect is still at large.

A carjacking was reported in the parking lot of Sequoia Pathway this morning.

Maricopa Police Department spokesman Ricardo Alvarado said two witnesses reported a possibly Hispanic or Native American male in his 40s was going through a truck belonging to their friend. They texted the victim to tell him someone was in his vehicle.

“The victim along with three other friends approached the truck in the parking lot,” Alvarado stated. “The suspect pointed a weapon at them, then proceeded to get in the vehicle and drove off.”

This is an updated version of a story that appeared earlier today.