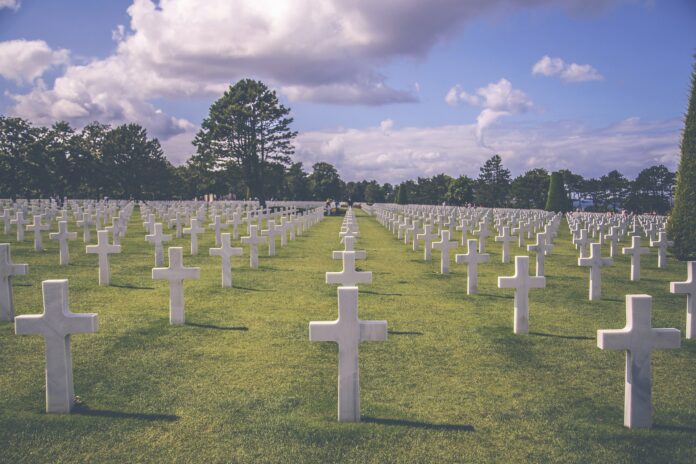 Believe it or not, Maricopa, with a population of more than 60,000, does not have a cemetery. The city is exploring the possibility of bringing one to town, so InMaricopa wondered how residents would feel about bringing a cemetery to town. 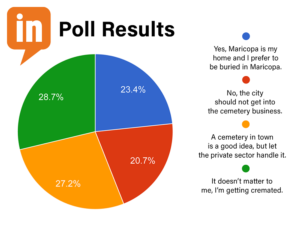 Given that, we asked the question: Do you feel that (using city land for a cemetery) is a good idea?

A total of 334 people responded to this week’s poll. The top response was, “It doesn’t matter to me, I’m getting cremated” with 28.7% of the responses. Close behind at 27.2% were those who answered, “A cemetery in town is a good idea, but let the private sector handle it.”

Those favoring a cemetery by answering, “Yes, Maricopa is my home and I prefer to be buried in Maricopa” checked in at 23.4% and those who thought, “No, the city should not get into the cemetery business,” brought up the rear at 20.7%.

A total of 27 votes separated the most popular response from the least popular, making this one of the closer votes in recent months.