A critically acclaimed Phoenix restaurant is planning to open a location just south of the new Maricopa Library and Cultural Center near city hall.

Cocina Madrigal, an upscale, sit-down Mexican restaurant is expanding, and has chosen Maricopa as the location for its second location. The city of Maricopa issued a request for proposals early this year to purchase an existing pad at the corner of Bowlin and White and Parker roads, fronting on Bowlin. After speaking with a variety of potential applicants, Cocina Madrigal eventually was the only applicant, and a deal to sell the city-owned land is tentatively scheduled to come before city council at its Dec. 7 meeting.

The restaurant’s original location, at 16th St. and University in Phoenix, is recognized as one of the best Mexican restaurants in the country. It is ranked as fifth on Yelp’s list of the Top 100 Places to Eat in the United States and number two in Trip Advisor’s Best Restaurants in Phoenix.

According to the city’s Chief Economic Development Officer Nathan Steele, the restaurant will be located at the corner of Bowlin and White and Parker, where he expects the development of several mixed-use projects over the next few years. He said Madrigal is anxious to get started.

“He’s not the kind of guy who wants to waste time,” Steele said. “I would expect some kind of activity to be going on there within the next 12-18 months, if not sooner,” Steele said. “People in Maricopa want dining options here in town for a date night – the kind of place you can go and have a great restaurant experience without having to drive 45 minutes.”

In addition to the quality of food, Steele said Madrigal’s obvious affinity for Maricopa drew him to the project.

“It doesn’t hurt that the mushroom enchilada is one of the best things I’ve ever eaten in my life,” Steele added.

Madrigal’s background includes a stint as a corporate chef for Z’Tejas Restaurant, a staple of Valley dining for years. For more information visit their website at cocinamadrigal.com. 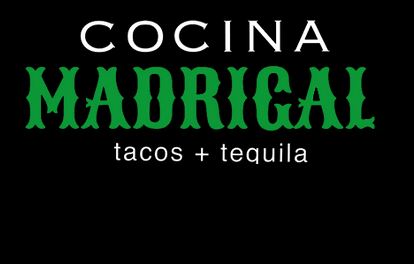