Global Water Resources showed off its not-yet-commissioned wastewater expansion project April 2, and it became an opportunity to update customers on how Maricopa’s primary water utility is trying to adapt to the city’s growth.

“The evidence is in the data, so for last year we did 4.4 percent meter connection count growth, which is the most we saw in any year since before the great recession, [since 2007]. The permit data suggests it’s actually going to accelerate. Last year, the City of Maricopa had the highest year-over-year permit growth rate of any submarket in metro Phoenix. They did about 60 percent more permits than they did in 2016, and in 2016 they did 60-70 percent better than they did in 2015. Obviously, permits are the leading indicator to new homes being built and our meters going in the ground.” – Ron Fleming, Global Water president 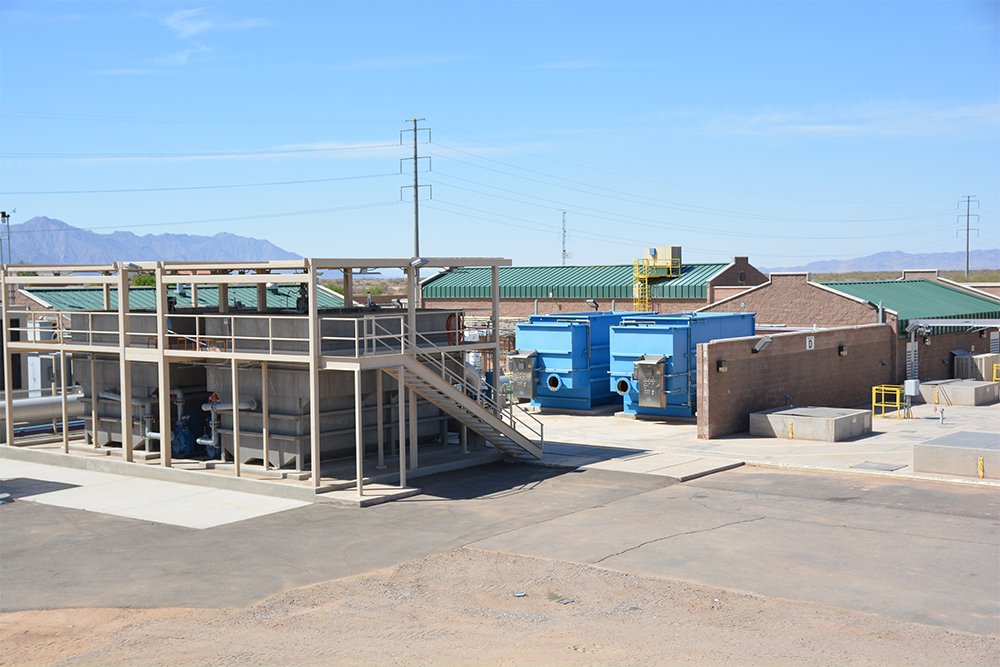 The caveat is no water supply, especially in Arizona, is an unending resource. While Global Water says its tactics are saving money and conserving water, and a large portion of its relatively high base water rates are attributed to wastewater costs, fresh water has no guarantee in the distant future.

“It’s necessary to get as much from the local resources as possible, to stretch them as much as you can, before you have to go out and bring in other water supplies. Ultimately, that day will come, just like it will for anybody anywhere. It’s a mathematical equation about how much water exists and how much population or growth that water then meet the needs of. We have to think of ways we can supplement the aquifer. Because of the way we’re managing the aquifer here, doing the recyclable program and conservation program, we just have that inflection point a lot farther in the distance than a lot of communities are looking at.” – Fleming

The wastewater reclamation facility is expected to be commissioned at the beginning of May.

The growth in western Maricopa, mostly along John Wayne Parkway, has put a lot of sewage pressure on the sanitary lift station at Rancho El Dorado. The company built a new, modular lift station to divert half of that wastewater to a gravity trunk line at Smith-Enke and Porter roads, from which it is conveyed to the plant.

“The iFAS system is a different biological process than we’ve seen here, continuous nonstop flow, less equipment, less overall operations and equipment. It will allow us in the future to build smaller, incremental expansions here. At the facility there is no odor. If in the event that we have that situation, we get a major upset, we have significant odor-control systems that are in place. That was all required and permitted through ADEQ.” – Jason Thuneman, vice president of project management 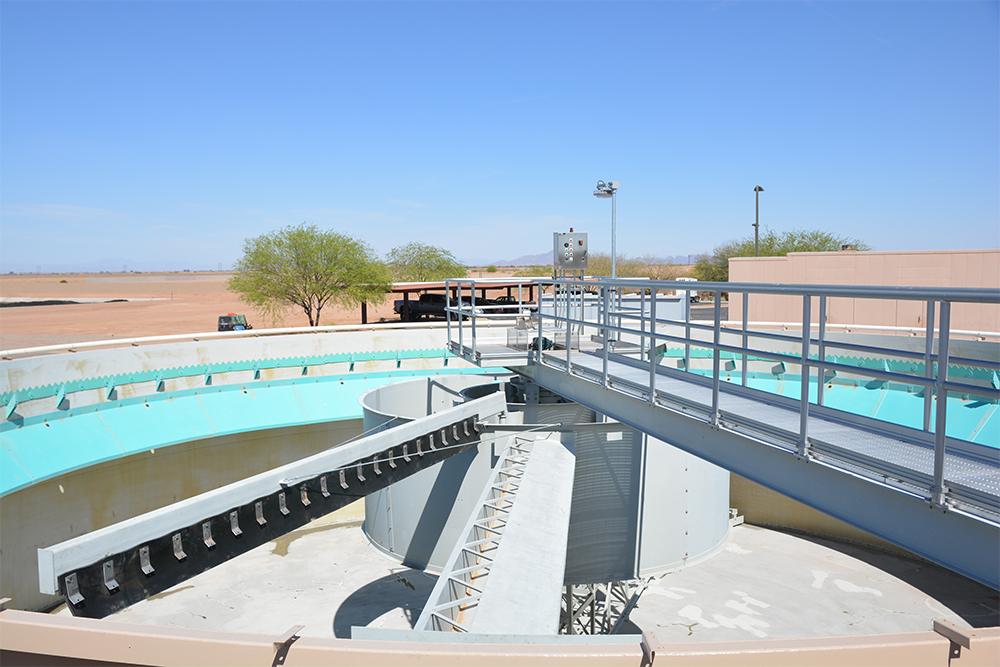 As part of its three-year, $33 million project, Global Water also invested in a new well in Rancho Mirage. The well is intended to provide additional water into the system, especially when a major line break occurs, to lessen the impact of water fluctuations.

“Based on its location, it will provide a lot of benefits to the overall system. We haven’t been able to wholly commission and operate continuously that facility in the past, and that’s because there wasn’t enough groundwater supply coming into those tanks … to have it active all of the time. With this new well we’ll be able to do that, which significantly extends the water capacity for the overall city.” – Fleming 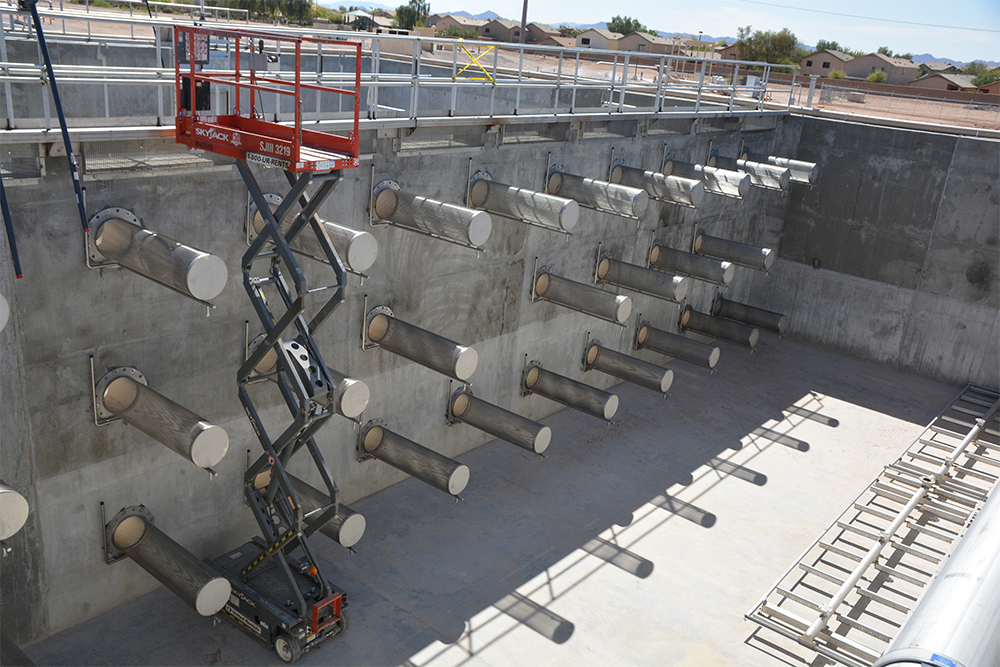 Reclamation and recycling is a large part of the process, as any Maricopa resident can attest. Local lakes and water features are fed with nonpotable, reclaimed water. The system filters solids from the wastewater, resulting in biosolvents that are dried and, via an ADEQ permit, are sent to a local farmer, who uses it as fertilizer.

“All the waste that’s conveyed to the centralized reclamation facility we try to reuse … The only waste product is a single, 20-yard bin where solids are screened out at the beginning of the process.” – Fleming 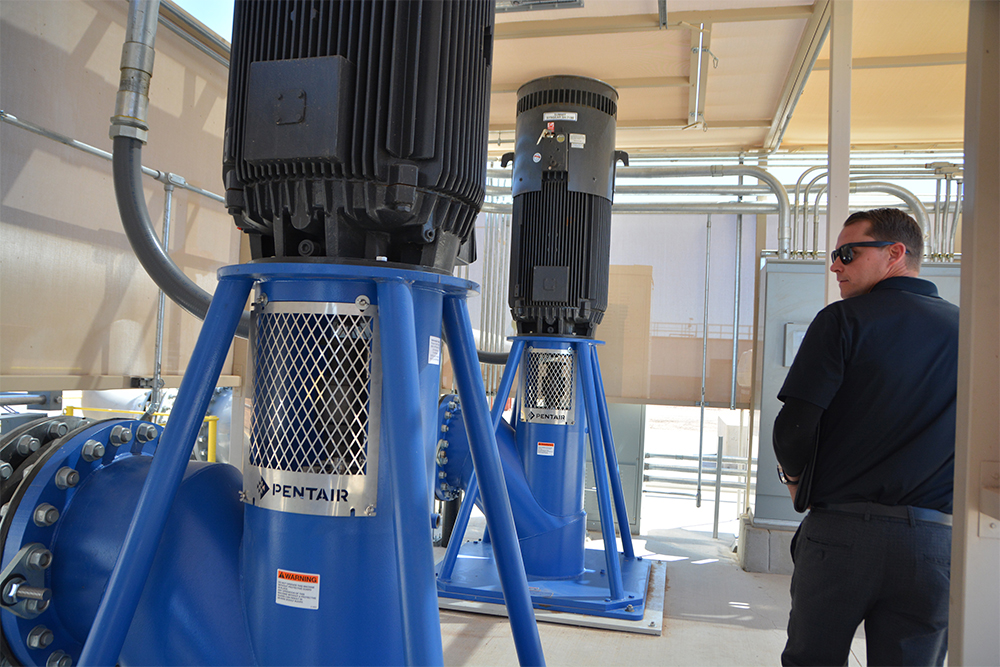 This story appears in May issue of InMaricopa.