The growth of Maricopa Unified School District mirrors that of many other districts in Arizona recovering from the Great Recession. And that could lead to a communication problem with voters.

MUSD is preparing to ask those voters for a bond to relieve the pressure on an already-overcrowded high school. Over the past five years, the district’s valuation has grown 5.34 percent.

However, the 10-year growth average is only 0.82 percent. By state statute, the 10-year historical average must be used in voter pamphlets to project the growth in assessed value in the tax-impact schedule.

“That’s a big disparity,” said financial advisor Mike LaVallee, a managing director of Stifel, Nicolaus & Company. “Even though you’re adding growth now, it’s not making up for what you lopped off 11-12 years ago.”

Using the 10-year average will produce a tax-rate impact that LaVallee said will be artificially high.

As an example, LaVallee showed the 10-year growth average creating a tax rate of 88 cents on a $50 million bond. For the owner of a home valued at $100,000, that would be an annual cost of $88.24. However, LaVallee said a “more realistic scenario,” based on the five-year average, would be a tax rate of just 55 cents, costing the same homeowner $55.49 instead.

“By law, we have to, in the voter pamphlet, talk about 1A, ‘Here’s what the state says it’s going to be.’ Then we would explain, ‘No, really, it’s going to be 1B for these reasons, X, Y and Z,’” said board member Torri Anderson. “That makes sense. Frustrating, but it makes sense.”

Now, the most recent estimate from Pinal County has the assessed valuation at $390,000, a growth rate over last year of 10.88 percent.

The limited assessed property value, on the other hand, determines all tax rates, including bonds. It is called limited because it is restricted by formula.

“If somebody’s property value grew market value year-by-year 8 percent, the tax value can only grow by 5,” LaVallee said. “Every property, existing homeowner, existing business can only grow tax value by 5 percent a year, even if they grew at 10 or 7 or 12. It will keep carrying over every year, but it will be capped at 5 percent.”

He said the message to the community needs to recognize what the voter pamphlet will show but explain what the real rate will be. He said that kind of outreach will be up to a pro-bond committee. 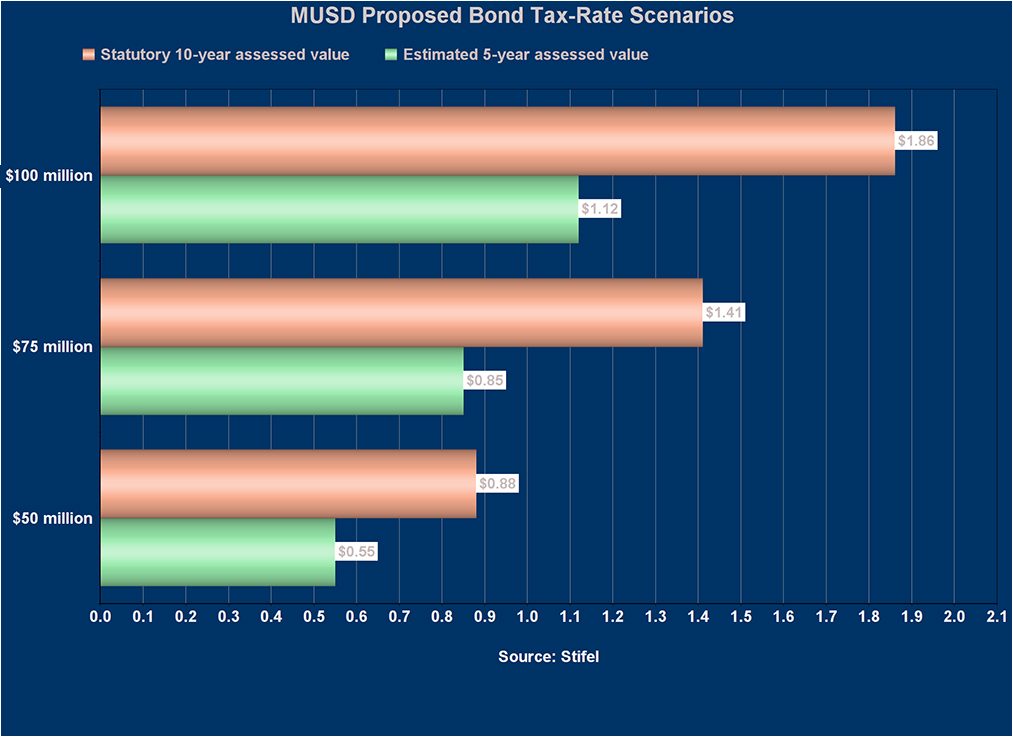