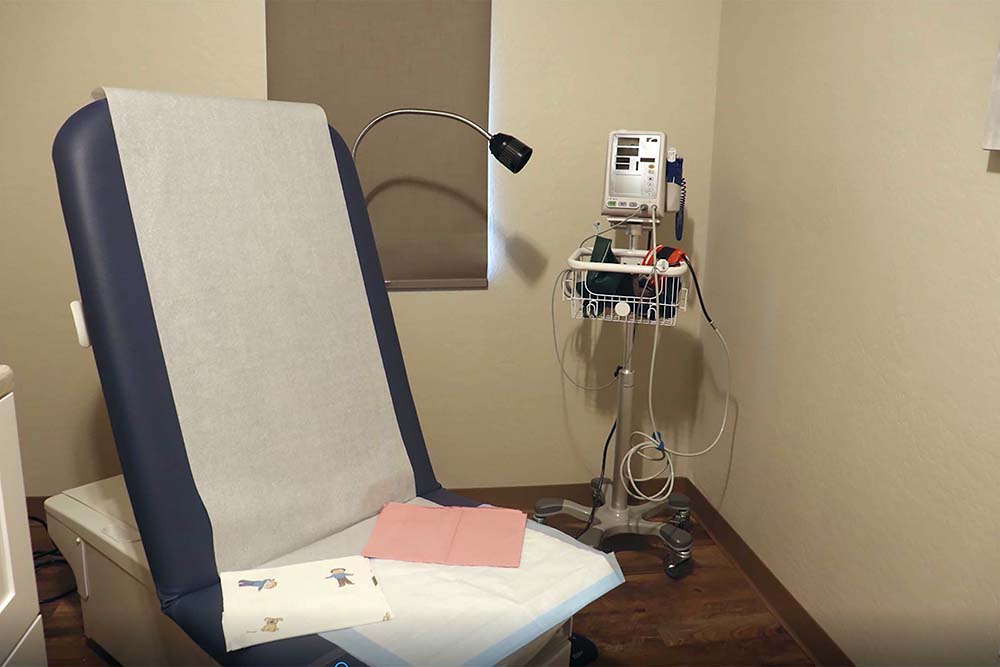 After a year in operation, Maricopa Family Advocacy Center has proved its necessity in the community’s efforts to combat domestic assault.

It joined Against Abuse Inc. in assisting survivors of domestic violence. Those who live in Maricopa can seek shelter or medical attention close to home, which has not always been the case.

“Can you imagine getting sexually assaulted and then getting into a car with a stranger?” said Mary Witkofski, founder of the Maricopa Family Advocacy Center. “Victims sometimes decline participating in the criminal justice system due to the amount of travel, or decline in getting that examination.”

Witkofski is programs manager with the Maricopa Police Department. Before the center opened in January 2019, survivors had to turn to law enforcement or travel to the nearest center for medical care and investigative procedures with victim’s advocates – more than 45 minutes away to Eloy, San Tan or Mesa.

The long travel times for treatment is a contributor to unreported cases and women staying with their abusers, according to Dynia Abraham, domestic and sexual violence residential services director for Against Abuse Inc.

“One of the first questions after disclosure that they say is, ‘Where is it? How far? Is this something that takes a really long time?’ because people are in crisis in that moment in time,” Abraham said. “And when those answers were different,’ we would get a lot more, ‘No, thank you, I just want to go take a shower and lay down.’ We don’t see that much anymore. ‘It’ll take 15 minutes,’ and they’ll say, ‘OK.’”

Dynia Abraham, domestic and sexual violence residential services director for Against Abuse Inc., said her most memorable case at the Maricopa shelter involved a mother and her children becoming self-sufficient while utilizing their resources.

“We had a mom with a few children come into our shelter program, she was married to someone who would not allow her to work or to interact with her children,” Abraham said. “So, her children were at home but she wasn’t allowed to talk to them. She was assaulted, so she came in, we provided domestic violence support group and education for her.

“She was able to get her first job while staying in shelter, her first bank account, driver’s license, she became very independent. She bonded and grew a really deep relationship with her children, she did end up getting employment. After a few months she was able to get an apartment.”[/quote_box_right]One survivor, who spoke on condition of anonymity to protect her and her children from re-victimization, provided perspective.

“Because of what happened, our house was destroyed,” she said. “We were homeless, we couldn’t even move back in. Every window was shattered, one of the bullets had hit a water line so the bottom of the house was six inches in water, the ceilings in the bathroom and laundry room had fallen in; it was an absolute disaster.”

The survivor said the exit plan for her family would have looked much different had she had access to a center in town at the time.

“What would’ve been different and really helpful to me and my family is, because our situation involved a crime other than domestic violence, we were taken to the police station,” she said. “I think they would have taken us to the advocacy center and had the police come there, which would have been a lot easier on the kids and I.”

At the police station, the family was provided a change of clothes after the abuser had died on the scene.

“When you’re at the police station, it [is] an open room with fluorescent lights, and we’re not even wearing our (own) clothes, and we’ve been in a physical fight, and it’s uncomfortable,” she said. “Whereas at the advocacy center, we would’ve felt much more comforted. So, it would’ve made a big difference.”

The Maricopa Family Advocacy Center is a program within the Maricopa Police Department.

MPD Officer Donnie Burnias has firsthand experience responding to domestic violence calls throughout the community. He said he gets them every day.

“It’s probably one of the most common calls in the country,” Burnias said. “Everyone lives together, everyone has problems, and sometimes those problems need the police department to intervene.”

[/quote_box_left]Arizona Coalition to End Sexual and Domestic Violence reported 73 domestic-violence-related deaths in the state from Jan. 1 to Oct. 31, 2019. That included an incident in Maricopa that resulted in the deaths of two adults and an unborn child.

“I expect the numbers to go up because the services are there and available,” Witkofski said. “More comfortable reporting, not having to travel, having the center here raises awareness.”

According to Witkofski, law enforcement can respond to a call on domestic violence and then bring the victims to the center, or the victim can call crisis lines and request a victim’s advocate to escort them.

“All the patrol officers work very closely with Mary and the FAC (Family Advocacy Center),” Burnias said. “Anytime the Victim’s Assistance Program or DVRT (Domestic Violence Response Team) needs to go to a residence, we go with them.”

Burnias said the role of local police is de-escalating the situation and assisting the survivor with any criminal law questions.

Many survivors have gone through the advocacy center and have been turned over to Against Abuse for emergency housing after initial investigations.

Against Abuse is a nonprofit organization offering resources for survivors of violence. Against Abuse offers emergency resources like the advocacy center, but also long-term resources to guide survivors back into society.

In fiscal 2017, the Arizona Department of Economic Security recognized Against Abuse in a Programs Fund Report for providing the fourth-highest number of shelter overnight stays for men, women and children.

“It’s a really important resource to have,” the survivor said. “Women and children need a place to go, and there are sometimes men also. But we really, really need it here. Sometimes these women come with the clothes on their back if they’re even lucky to have that.”

Advocates from Against Abuse provide calls to places of employment and landlords, legal advocacy, job interview accompaniment and supervised visitation for children, among several other services.

“Our goal is to provide services, support and education to all who experience the effects of family dysfunction or violence,” said Torri Anderson, an Against Abuse board member.

“Domestic violence is a very serious thing,” Burnias said. “It impacts the whole family. It can get to the point where people’s lives are being lost due to domestic violence. We have to be sympathetic to this family and talk to them and kind of figure out how can we assist them, so that both parties are safe from each other, and give them information about the next step.”

This story appears in the January issue of InMaricopa. Joycelyn Cabrera of Maricopa is a student at Walter Cronkite School of Journalism and Mass Communications at ASU.

Sep 28, 2020
Change Location
To find awesome listings near you!