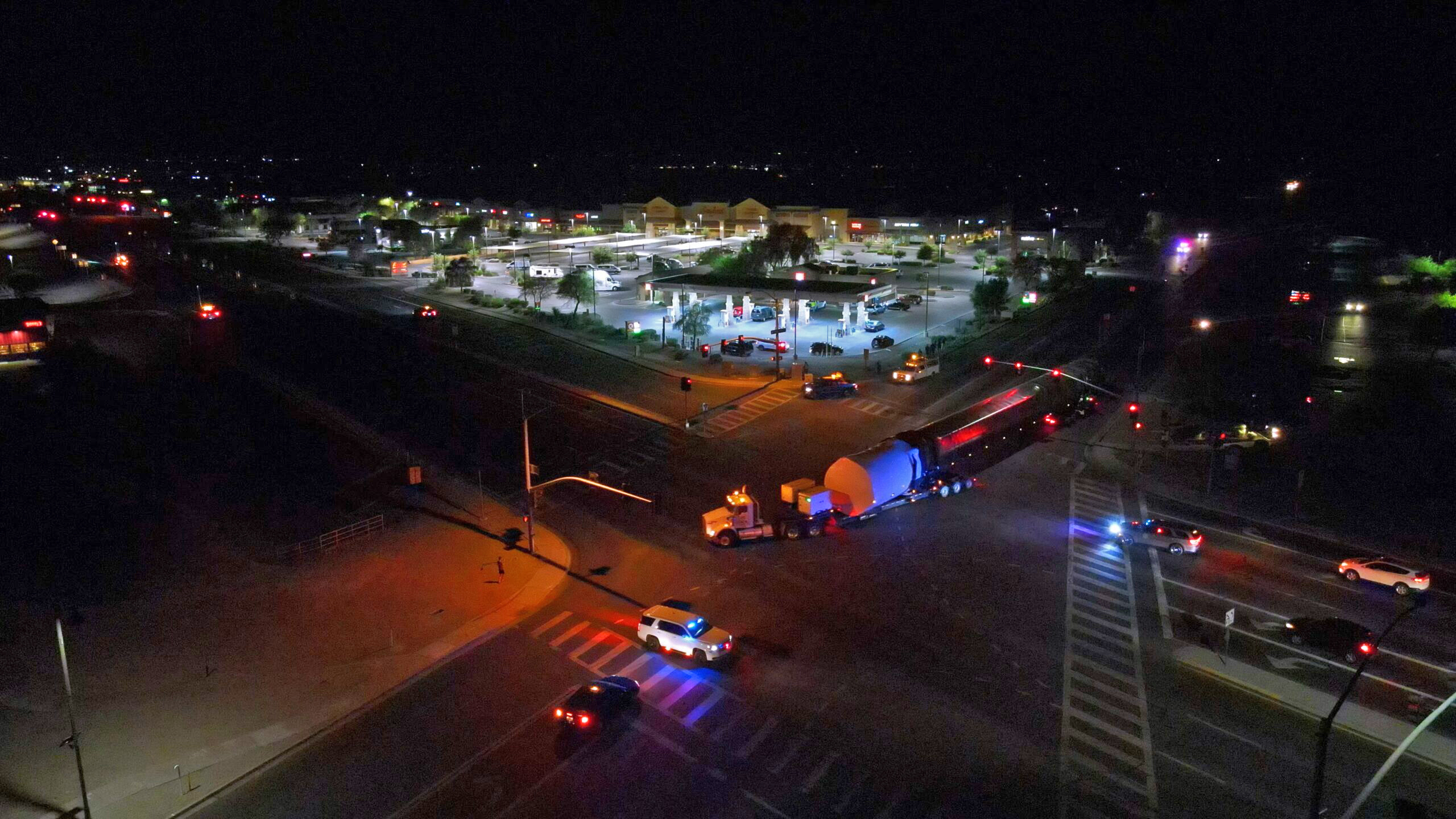 A rocket cruised through Maricopa overnight – at a snail’s pace.

The hefty first-stage rocket owned by SpaceX passed through the city in the early hours Tuesday on its way to New Mexico. Accompanied by Maricopa police and Arizona Department of Public Safety officers, the operation was smooth sailing.

The convoy began to move about 2 a.m. – right on schedule.

It arrived at the intersection of SR 238 and SR 347 at about 2:10 a.m. with adults and children waiting in nearby parking lots to snag a video with their cellphones.

In the darkness, the truck and its huge cargo gingerly executed the turn south into the northbound lanes of SR 347 before crossing over into the southbound lanes at Maricopa Fiesta Drive. It then continued down SR 347 and under the John Wayne Parkway overpass, onto Maricopa-Casa Grande Highway.

The payload was scheduled to continue onto Casa Grande, then swing onto Interstate 10 and continue on to New Mexico.