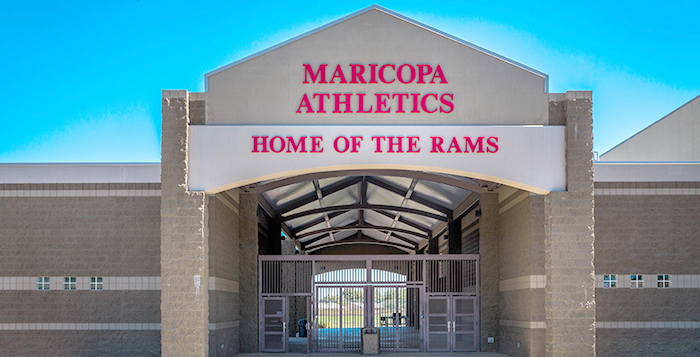 Maricopa High School Athletic Director Jake Neill said he was expecting just about anything when region assignments were announced for most high school sports by the Arizona Interscholastic Association.

He was confident MHS sports like football, baseball, basketball, softball and volleyball would end up in the 6A conference because of the population growth. That became fact earlier this month. What was unknown was which region would be the meat of their competition for the 2020-2022 seasons.

Last week, Maricopa was assigned to 6A Desert Southwest. There, its competition will be teams from Tucson and Yuma – Cibola, Kofa, Rincon/University, San Luis and Tucson, the latter being the largest school in the region with an enrollment of 3,405.

The 5A San Tan Region has proved to be one the toughest regions across all conferences, especially in football. He said he thinks Maricopa can vie for some region championships.

AIA football, however, will not hammer out its region alignments until December. Though it is likely to match the other sports, there is a possibility it will not.

“I don’t know how that’s going to work. It’s a whole different group of people,” Neill said. “I would assume they’re going to try to keep it as close as possible. You get burned sometimes when you assume with these committees.”

MHS will only play home-and-homes against the Tucson schools.

“What I told the coaches is, it’s three or four trips a season for you, which, when you look at it, that’s not too bad,” Neill said. “We’ll still end up playing a lot of those southeast Valley schools.”

Region assignments for boys’ and girls’ soccer have not been announced.

Maricopa has moved from Division II to Division I in cross country, track, golf and tennis

Re-alignments for swimming, wrestling and beach volleyball have not been announced yet.

Teachers say board vote ‘a punch in the gut’