Supervisor (Kevin) Cavanaugh talks a big game about being a fiscal conservative and wanting a smaller government. However, his actions and the management of his office say otherwise.

The “honorable” supervisor’s requested budget for FY 2022/2023 was discussed along with his counterparts at the May 18 meeting. Much to my surprise, he requested over a half a million dollars ($555,766) to operate his office, an increase of $53,418 from FY 2021/2022. Cavanaugh seeks to retain six office staffers (including himself) while no other supervisor has more than four. And Cavanaugh is the only supervisor to have two offices. With redistricting, he would have one in Coolidge and one in Maricopa. Why?

He justifies all of this by stating he has such a large area that he has had to cover, however, Supervisor (Mike) Goodman, who serves the highest number of citizens who reside in unincorporated Pinal County (roughly 77,000), manages to have one office and runs effectively with himself and one staff member.

Supervisor Cavanaugh wants to talk about how his office needs these staff members to service his district, however he fails to realize that these roles are meant to service all of Pinal County, not just his district. In fact, one of his employees is an attorney, whom we are paying for. Despite the fact that the county has numerous attorneys and more appropriate offices that are supposed to hire and retain these types of employees. What purpose does that employee serve?

It would seem that the supervisor, despite his talks of smaller government, really wants to spend our hard-earned dollars and blow up the budget while expanding government rather than reducing it. This, in addition to millions of dollars of lawsuit-related costs, prove that he is not the conservative he claims to be.

Supervisor Cavanaugh’s requested budget is $185,603 higher than the next lowest district (District 2) and $301,288 more than District 4, the district with the lowest budget.

Braden Biggs is a resident of Maricopa. 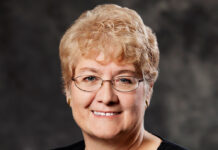