In the longest Spelling Bee MUSD has held, Maricopa Wells middle schooler Brady McMullen came out on top in the annual event with the word “Rhubarb.”

After 10 full rounds, 24 contestants were wittled down to two. Nine more rounds were fought between McMullen and Graciela Guerra from Desert Wind Middle School and continued until one could spell the competitor’s failed word plus their own given word. Guerra and McMullen were evenly matched during the competition.

Words like “beguile,” “feign” and “froufrou” shook up the two spellers until McMullen correctly spelled “bellwether” and “rhubarb.”

“I’m surprised I was able to spell 10 words wrong and still win,” Brady, a seventh grader, said with a chuckle. “Honestly I just feel bad for Ms. Anderson because I made her stand for 19 rounds.”

Graciela Guerra was second place, and Henry Haro from Maricopa Elementary landed third. The top three winners will be competing in the county spelling bee planned to be held in San Tan Valley on Feb. 14. Bella Hennings and Malique Jones received spots as alternates for the upcoming competition. 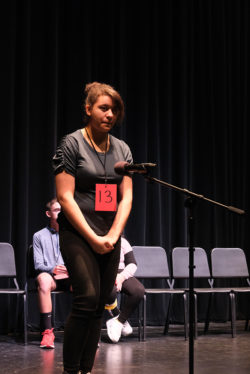 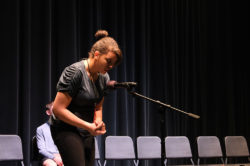 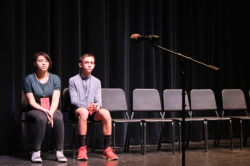 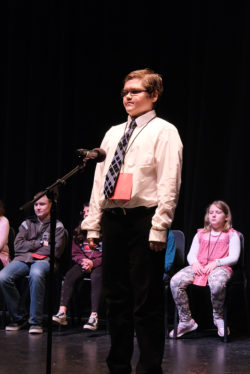 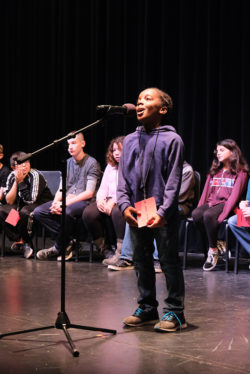 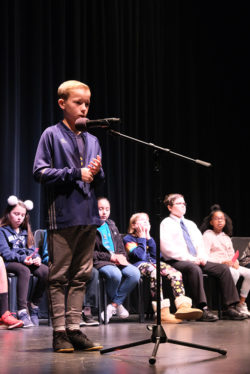 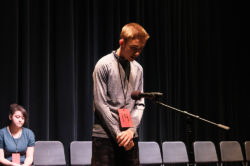 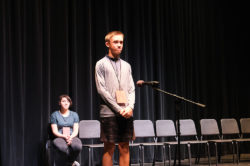 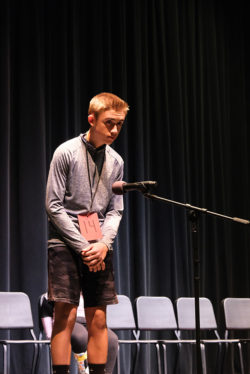 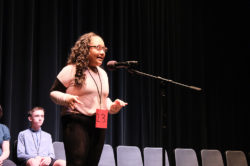 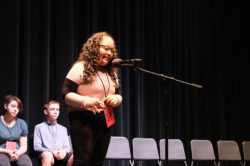 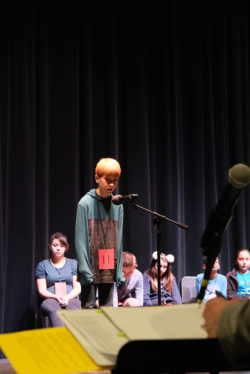 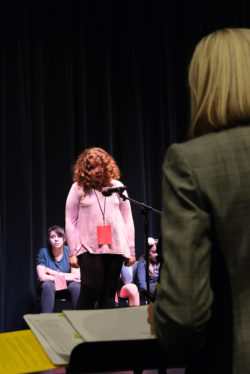 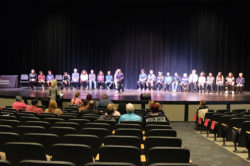 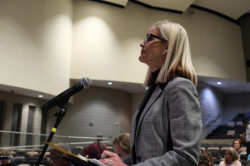 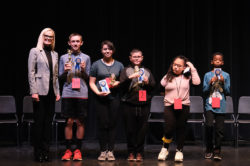 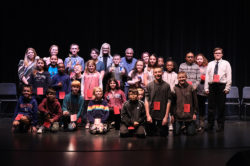 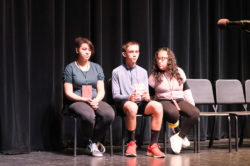 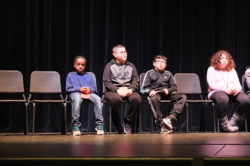 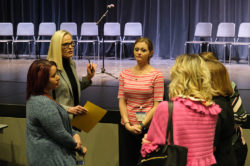 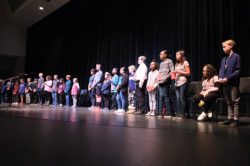 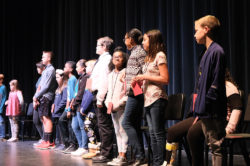 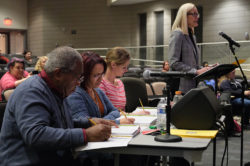 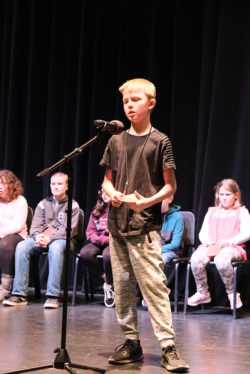 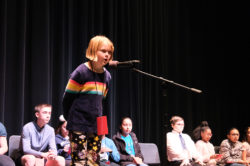 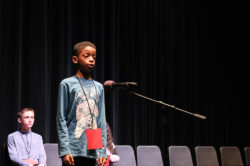 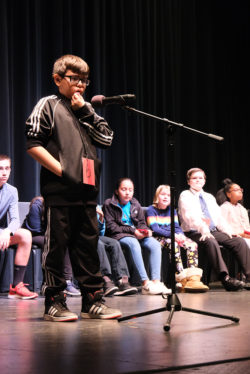 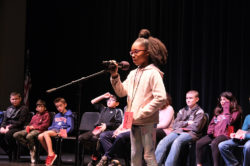 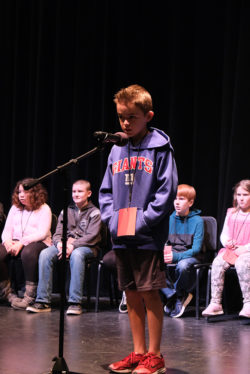 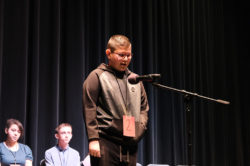