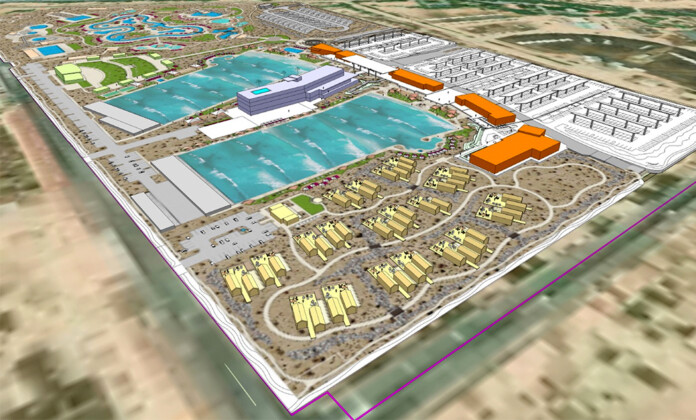 A cross-section of the many ways Maricopa is growing is reflected on the agenda for Monday’s Planning & Zoning Commission meeting.

The homes would be single-family in a community developed by Century Communities at the southeastern corner of Murphy and Ferrell roads. The 326-acre project would be home to about 1,600 houses and approximately 4,160 residents.

The commission will weigh whether to grant a zoning change for the parcel from the existing general rural zoning to a planned area development.

PHX Surf Park would be the largest tourist attraction in Maricopa if approved and built. The commission will hear comment and rule on whether to grant the PHX Surf planned area development, at the southwestern corner of Smith Enke (State Route 238) and North Loma roads.

The 70-acre project would include the proposed surf and water park, on-site hospitality, retail, restaurants and an outdoor entertainment center.

The commission also will review site, landscape, photometric and elevation plans for a 318-unit, townhome-style development by BFH Group on 16.1 acres. The multi-story, multi-family development is at the southeastern corner of Stonegate Road and Alan Stephens Parkway, north of Maricopa-Casa Grande Highway.

Finally, Christ’s Church of the Valley is seeking a major development review permit for a more than 33,000-square-foot church campus on approximately 10.3 acres at the southeastern corner of West Honeycutt and North Porter roads. CCV is a non-denominational church with 15 locations Valley-wide and hosts about 35,000 people for worship each week.

With that agenda, there should be something for everyone in a glimpse into growth areas of the city. The meeting, which is open to the public, begins at 6 p.m. in City Council chambers.