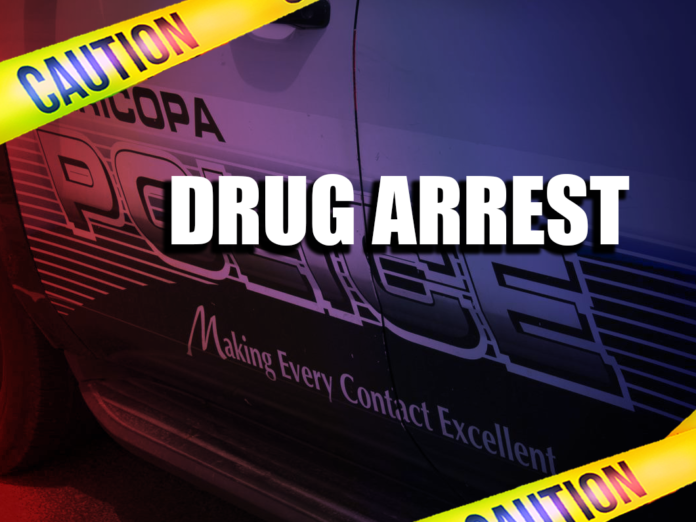 A woman was arrested and charged after police allegedly found her in possession of a stolen vehicle and a hefty amount of methamphetamine.

At around 10 p.m., on January 30, police contacted Moreno at the Walmart located at 41650 West Maricopa Casa-Grande Highway, when she was allegedly found in possession of a stolen vehicle.

According to the probable cause statement, during a search, police found a bulbous pipe containing residue on Moreno’s person.

Police then did an inventory search on the vehicle prior to towing and found two baggies containing a total of 46 grams of methamphetamine, as confirmed by a positive test on the police TruNarc scanner.

In the state of Arizona, possession of more than nine grams of methamphetamine leads to a charge of dangerous drugs for sale.

Police say that during an interview with Moreno, after receiving her Miranda warning, Moreno admitted to possessing the pipe and methamphetamine.

According to police documents, when contacted, the registered owner of the vehicle Moreno was driving, advised police Moreno did not have permission to take the vehicle and she was notified multiple times to return the vehicle.

Moreno was transported and booked into Pinal County Jail on her charges.