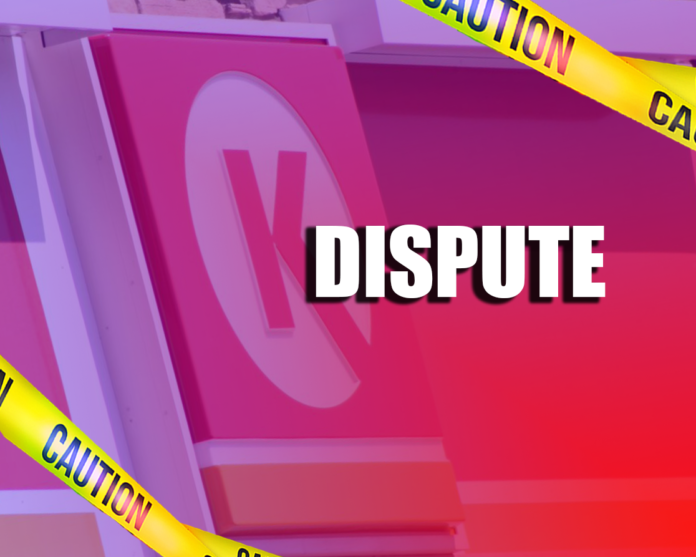 On January 21, a man was taken into police custody at the Circle K located at 18141 North John Wayne Parkway, following a dispute, allegedly involving a gun.

A witness reported that they saw the male suspect, later identified as Brenton F. James, hit the female, flee the area, and was then seen walking around the area shirtless.

According to police documents, the victim stated that her partner, James, was upset because she wouldn’t let him have her phone.

The victim told police that James was angry, and that he was making a scene, yelling at her, and even swiped a drink away from in front of her, while she sat at the picnic table outside the store.

The victim told police that James was slamming his fists down on the table, and that she was unable to get up to go inside the store.

Police watched the security camera video, which showed the same events the victim described to police, it shows James circling the picnic table and slamming is fists in a very disruptive behavior.

According to police documents, the Circle K video also recorded James displaying a firearm and pointing it in the victim’s direction as he continues to engage her.

Police located James, shirtless, behind the business. He was then taken into custody.

After receiving his Miranda rights warning, James told police that he violated his probation and admitted to throwing the firearm into a nearby bush, where police later recovered it.

James also admitted to taking the firearm from his friend, who was unaware that he took it about a month ago, police say.

According to police documents, James was also found to have an active warrant from Maricopa County Sheriff’s Office for probation violation and armed robbery.

At 7:41 p.m., James was booked into Pinal County Jail under the charges of prohibited possessor [of a weapon], theft, and disorderly conduct. 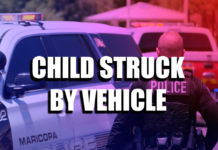 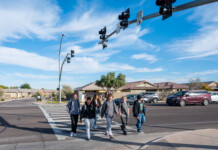