Estrella Gin Business Park effectively was sold by the City to two companies for development.

Tuesday, Maricopa City Council approved the purchase agreement of 12.32 acres to J.E.T. Real Estate Holdings and 16.96 acres to Elpida LLC. The total purchase price between the two is $1.9 million.

Estrella Gin, which is located along Edison Road from Roosevelt Avenue to State Route 238, has been a focus of the City’s economic development department for years. In August, the City sold two acres to Mel’s Auto (NAPA Auto) for around $152,000.

The only structure on the acreage is the City of Maricopa Fire/Medical Department administrative office trailer, which is temporary as an admin building is being built across the street.

City Manager Ricky Horst said he “couldn’t be more delighted” to present to projects to the council for their vote. He said the projects create 275,000 square feet of mix of office, flex space, light industrial and warehouse.

“We’re talking about the full and complete development of the Estrella Gin Commerce Park,” Horst said.

The city is working with two different parties, but Woodglen Opportunities is the master developer working with Construction Solutions Company as the builder and contractor, Horst said.

Groundbreaking could be as early as the last quarter of this year. The companies are aiming for a diverse array of businesses to fill the space. 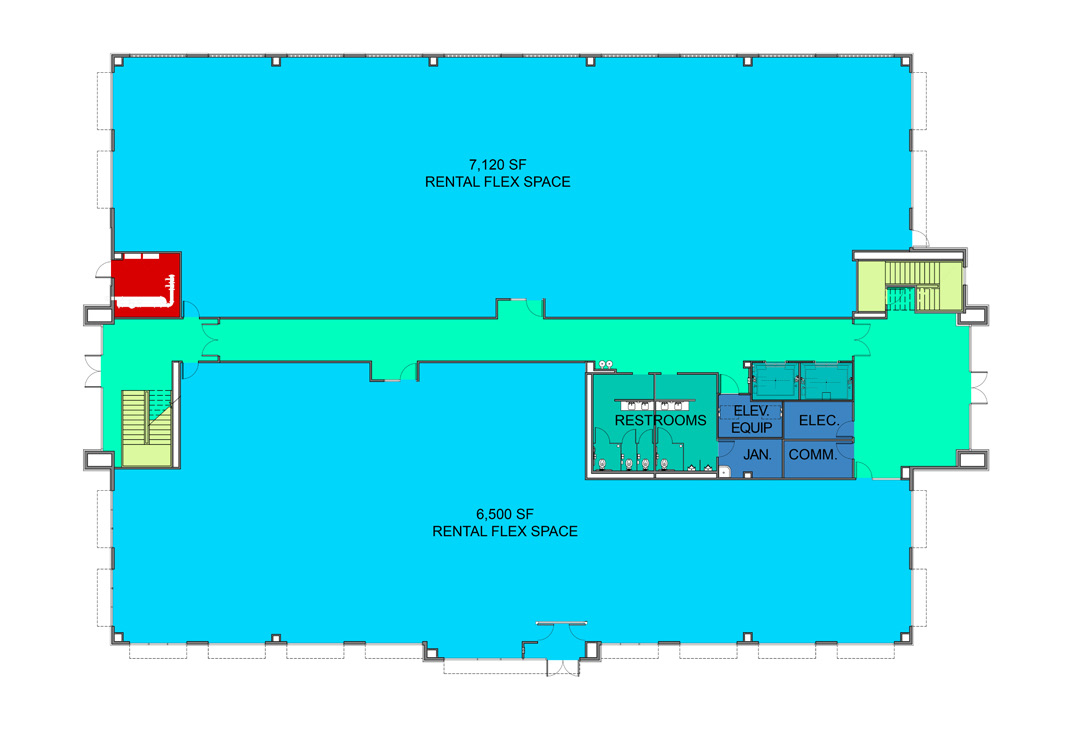 Maricopa Development Services Director Martin Scribner stopped by our InMaricopa studio to discuss how the city is planning for the future.

He spoke about the new General Plan, Estrella Gin Business Park and the proposed overpass.

City officials have been developing an updated “General Plan” to guide Maricopa as it grows. The Development Services Department has also been setting up workshops for community members to attend and offer their recommendations for the future.

“The workshops are meant to educate everybody piece by piece as to what is different in this version of the General Plan than what was in the last one,” Scribner said. “This, of course, is an update and not a brand new plan, so we are just going to hit the highlights of each one of the elements. What’s different about transportation, what’s different about land use and about housing? All those things will be hit one at a time so we can focus on what is happening in that section.”

The city will be hosting the following events:

The project to extend Edison Road from Firehouse 575 to State Route 238 is still moving forward, but at half the size.

“We designed what we wanted, and the scope came back at $6.5 million,” Public Works Director Bill Fay said. “The program was created a long time ago without much of a scope, and was estimated for $3 million. We also thought Global Water would be helping with the costs, but that’s not the case.”

The original plan was for Edison Road to feature four lanes accessing the future Estrella Gin Business Park while providing an alternative connection between SR 238 and SR 347. The initial $3 million estimate was set by a program, and Fay said current officials are unsure where the number originated.

However, due to a the change in cost estimates and stalled negotiations among the city, Global Water and neighboring landowners, the project will move forward as a two-lane road.

“We always intended for Edison to reach the 238,” Fay said. “The issue is whether or not the utility lines will reach that far.”

If the city moved forward with its plan to build a four-lane road, there is a high likelihood it would have to tear up the road later to insert the utility lines, he said.

According to Mayor Christian Price, the construction companies aren’t the only issue when it comes to negotiations. Both Global Water and landowners will have a say in the project details as well.

“The city only controls one-third of the project,” Price said. “Ongoing negotiations between us, Global Water and private landowners will help shape the cost estimate. Some assumptions were made when the project started, but in a five- to 10-year projection, you work through stages of development.”

Jason Thuneman, director of the project management office for Global Water, said the city is responsible for constructing on-site water and wastewater utility lines. Lines under a four-lane road to SR 238 would have to extend the full length of the roadway, he said.

“ If the City decides to proceed with only a two-lane roadway at this time, water and wastewater line extensions can be completed in the future at the same time the additional lanes are installed since the infrastructure under this roadway is not necessary until the property north of Estrella Gin is ready to develop and requires service,” Thuneman said.

The city bought the Estrella Gin property for $3.2 million in 2011 and paid almost $48,000 for a feasibility study for a business park. The new fire station is already on the property, a Public Works building is being constructed, and the Amtrak station will be moved to the site.

“Global’s role with respect to Estrella Gin was to extend  water and wastewater to the property line, which was completed in 2011, prior to construction of the Estrella Gin Fire Station,” Thuneman said.

Last year, the city received a $250,000 Rural Economic Development Grant from the Arizona Commerce Authority to help extend Edison and access future businesses and facilities. There are 40 acres available for business development.

The change in the extension for Edison Road creates potential problems for the development of business in the area. The Estrella Gin Business Park has already seen significant delays.

“We originally wanted to purchase our own land and build, but we had meetings with [members of the city government] and the development company regarding space in Estrella Gin,” Shipfr8 Chief Operating Officer Peter Cockle said. “They told us they would break ground and even provided opening dates. Those dates have since come and gone.”

Cockle, who has lived in Maricopa for the last seven years, was expecting to be in his new business location by January 2014. His hope is to provide jobs to Maricopa residents and boost the local economy, but his inability to get into a permanent location is making that goal hard to achieve. The delays have forced Cockle to consider moving his business to accommodating cities.

“Realistically for a business to develop, it has to be outside of Maricopa,” Cockle said. “There just isn’t business space readily available. Mayor Price has been a tremendous supporter for us, but what happens when he leaves office? Businesses that want to develop in Maricopa may have to look to cities such as Casa Grande and Gilbert that have the space already created.”

Cockle feels developing businesses are unable to make proper plans in Maricopa due to lack of adequate business-ready space. Maricopa has plenty of space for potential development, but few business parks are “move-in ready.” Projects such as the Edison Road extension will help address the issue, but the project’s unknown completion date doesn’t address the immediate need, he said.

Until utility lines reach SR 238, it is fiscally irresponsible to build four lanes in case they need to be torn up to place the lines, Price said.

“[Edison] Road will connect to the 238, but we want to make sure we do it right,” Price said. “If [Edison] is going to be developed, utilities have to be put in. I’d rather do it right the first time. We don’t want to build the road just to tear it back up later.”

Electrical District No. 3 is prepping a 12,000-volt line extension on Edison Road to SR 238. ED3 Director of Engineering and Operations Larry Yates said a preliminary design has been submitted to the city for review.

ED3 completed the new service extension to the fire station and has a construction agreement for the Public Works building. The utility is also working on a power line conflict review for the relocation of the Amtrak station to the Estrella Gin site.

“One advantage the city has that should have a positive marketing impact for the Estrella Business Park  is there are 12,000-volt three-phase primary lines installed around the perimeter of the property, with the power line extension that is being designed for the Edison Road Project, which should add significant value to the property as it could lower the cost for electric service,” Yates said.

ED3 itself owns a small parcel of land adjoining the south side of the business park. Yates said with the final design unknown, “it is difficult to determine if that property will have any positive or negative impact for ED3.”

Last year, the city received a $250,000 Rural Economic Development Grant from the Arizona Commerce Authority to help extend Edison and access future businesses and facilities. There are 40 acres available for business development, but that development has stalled with the road extension.

Despite the monetary setback, Fay is confident the extension will be completed. For that to happen, the project design had to change.

The project is moving forward but starting small.

“Four lanes would be ideal, but that may not happen right away,” City Manager Gregory Rose said. “We believe it will be two lanes (as a start). This allows us to add the utility lines and two extra lanes later.”

By cutting two lanes off the initial design, the city is able to save money on the project as well, though the cost may still be higher than original estimates.

According to Rose, the only project the city is planning to allocate funds from to help pay for the road is a “right-of-way improvement bill” for City Hall.

“The [right-of-way] project was a low priority,” Fay said. “It may not have happened for a few years anyway, so allocating the money should not have any effect.”

The extra money should allow the city to move forward with the Edison project. Negotiations will continue with Global Water and landowners to make the four-lane expansion happen, but even if the “ideal” expansion is delayed, the city intends to complete it.

“We don’t necessarily have a backup plan for the project,” Price said. “It’s all about prioritizing the priorities. We’ll make adjustments at each stage of the design, but we are going to build all the way to the 238.”

It’s unclear at this time where the city will find more budget cuts if needed for the project. However, Fay and his team will be looking into all of their options at each stage of the design.

“We are making adjustments everywhere we can,” Fay said. “We have a history of finishing projects on time and under budget. It’s not completely clear, but we’ll find out how much it’ll cost and how much (funding) we have.”