What police describe as a two-vehicle, non-injury accident knocked out traffic lights on State Route 347 at Lakeview Drive/Cobblestone North.

The collision of the two cars was in the southbound lanes. Speed and impairment are factors, according to Maricopa Police Department spokesman Ricardo Alvarado.

On vehicle rolled over in the incident and landed on its roof. Both vehicles suffered heavy damage. 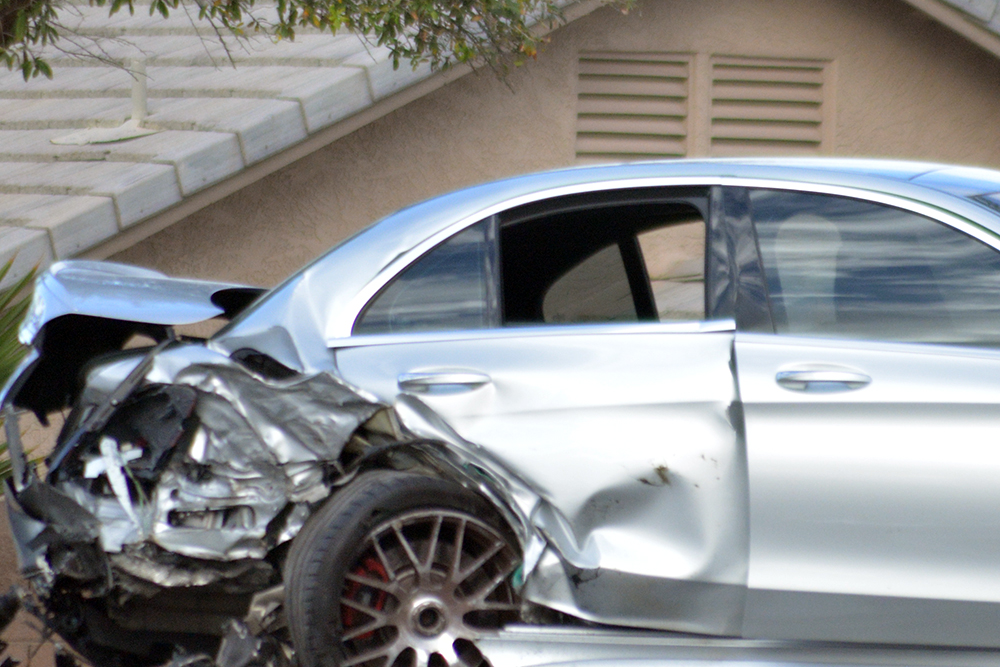 The traffic light control box was damaged in the collision.