Cattle being transported through Maricopa “fell out” of a truck Wednesday. Some were injured and others scattered along Farrell Road, State Route 347 and Ak-Chin’s Juan Street neighborhood.

Maricopa Police and Ak-Chin Police both responded to the scene as the cows became a road hazard. Officers found at least two animals immobilized by the accident, with at least one having to be dispatched by the owner.

Officers rounded up the cattle while waiting for a transport truck from Stanfield. 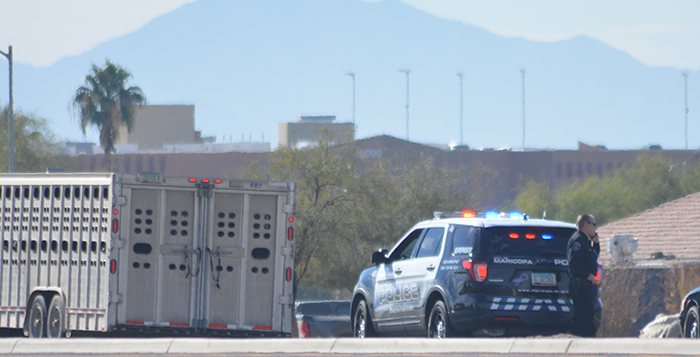