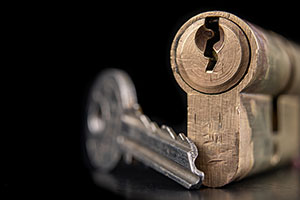 Rebekah Leon, 50, was detained by police on March 17 on suspicion of trespassing in the first degree.

Around 3 p.m. officers responded to a call on West Chambers Drive in Rancho El Dorado referencing a potential trespassing situation. Officers were in contact with the reporting party via phone call, who identified herself as the mother of Rebekah Leon.

The woman told police that she was in California and was notified by a neighbor watching the residence that Leon was inside the home. The woman wanted her daughter removed.

Police learned that Leon had lived in the home prior to moving to New York In November. Leon’s mother stated she should not have a key to the home, suspecting she must have broken in. Police arrived at the home, where they received a key to the home from the neighbor house-sitting.

Officers knocked on the front door and announced their presence. No one answered. Knocking again and looking through the front window, police saw a Leon in the home, refusing to come to the front door.

Police attempted to use the key to unlock the door, but it did not fit. They noted a small hole and shavings coming out of the keyhole. Officers brought a K9 unit and successfully unlocked the back door of the home with the key. After they re-announcing their presence, Leon came out. She was on her phone, claiming she was talking to her mother.

Leon allegedly claimed she had just flown back from New York due to issues with her roommates. She stated while the residence was her mother’s house, she considered it a family home. She confirmed she did move out in November of last year but lived in the home for years previously.

When asked why she did not get permission to be in the home, Leon said she did not have a good relationship with her mother. She allegedly showed police a receipt for a locksmith she hired to get her in the home. The locksmith drilled into the front door lock until it opened. She reportedly showed the locksmith identification listing the address of the home.

Rebekah Leon was cited with long-form charges for trespassing instead of being arrested and booked into jail.

“Due to COVID-19 we have asked our community police departments to only book those who they consider absolutely necessary,” Pinal County Sheriff’s Office spokesperson Lauren Reimer said.