The overpass is generally considered a huge success for the city, but there was collateral damage for some businesses working in the shadows of structure.

Vimal Patel, the owner of the Chevron gas station and shop, was blunt about the effect of the project on his business:

At the Country Stylin’ Salon in the Maricopa Manor Business Center, owner Janine Spencer said her business has suffered tremendously since the bridge opened in July 2019:

“I lost half my stylists and half my business, and we still haven’t recovered …. I hope to stay in business. The bridge kind of kicked our butt.”

A year later, overpass ‘opens up the city’

At the Smokers Edge Smoke and Vape shop in the same shopping center, employee Rudy Duran said a falloff during the months the overpass took shape has mostly dissipated.

“During construction we took a little hit there. Now that it’s all done, we’re doing pretty good.” 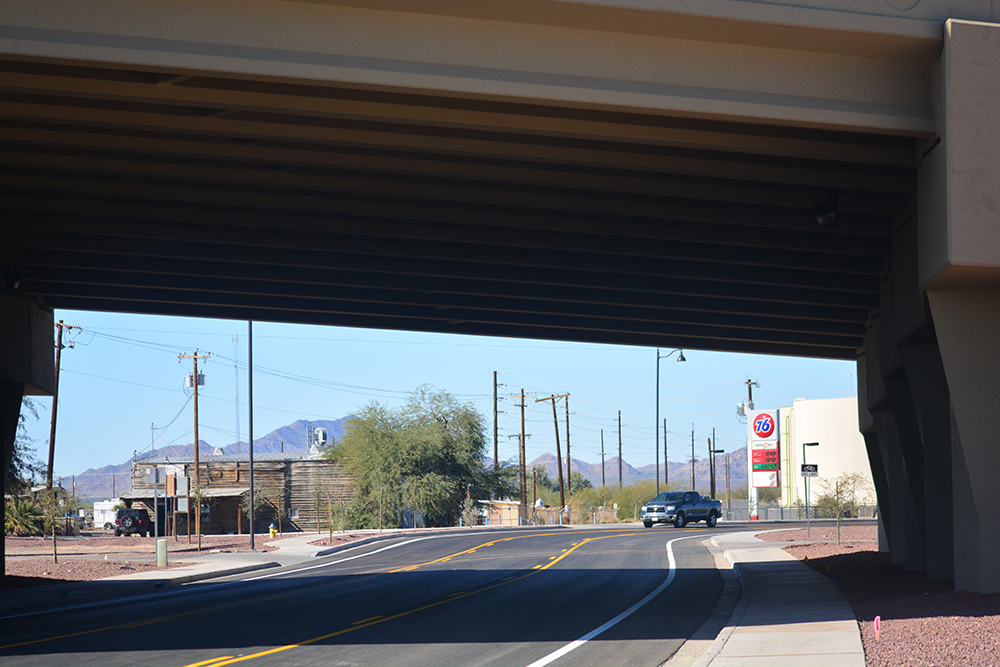